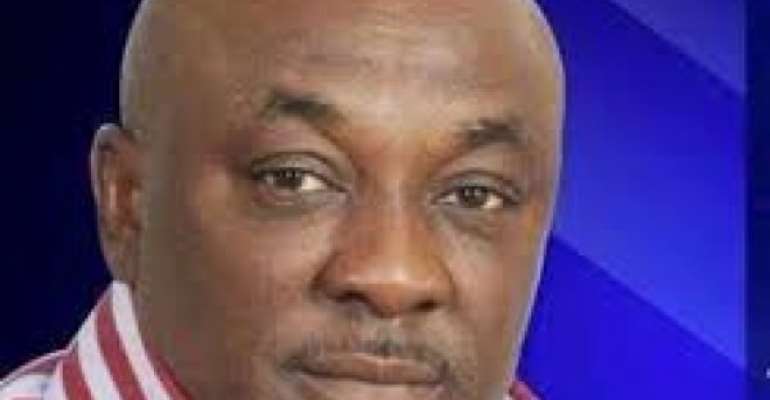 The Tema West Constituency Chairman of the ruling New Patriotic Party (NPP), Dennis Amfo-Sefah, has sought to cure rumours that the Member of Parliament for the Constituency has fallen ill with the novel coronavirus.

“I can assure you that Mr Carlos Ahenkorah is quite hale and hearty and is actually grateful that people are so concerned about him that his short absence from the busy frontlines of his campaign has generated concern.”

In a statement released to the Ghana news agency in Accra on Thursday, Mr. Amfo-Sefah said the rumours are nothing but assumptions and suppositions “couched in mischief by our detractors.”

Mr Carlos Ahenkorah, who is also a Deputy Minister of Trade became a news item when reports emerged that he had fallen ill with the dreaded coronavirus and is in intensive care.

As he is also the 2020 Parliamentary Candidate for Tema West, followers of the party have become worried.

“Our detractors see defeat in the future and so in their desperation, they have resorted to spreading rumours about our candidate to disorient us in Tema West NPP and I am unhappy to say some of us have fallen for the lie and are panicking. Please do not panic, our candidate is as fit as a fiddle. If you think that rumours and half-truths are what will win you power, you are gravely mistaken because at the end of it all, truth will prevail.

“My office as constituency chairman has not responded to the rumours, but the panic that it has created in the NPP within this Constituency is unacceptable hence the need to deodorize the atmosphere.”

Meanwhile, he called on all well-meaning Ghanaians, especially Moral Society to rise and condemn what he calls, “a new trend which is sickening to the heart. How can anybody openly wish illness on others to start baseless rumours in order to gain political capital?.

“It is a well-known cultural taboo in Ghana to attack people with their sicknesses and so even if you think your opponent is sick, the proper thing to do is to wish him well, the fact that our parliamentary candidate has admitted fallen sick immediately after the primary doesn't mean he has contracted the virus.

An allegation may be true or false, but the question is, what evidence do we have and is it an official fact from doctors?.