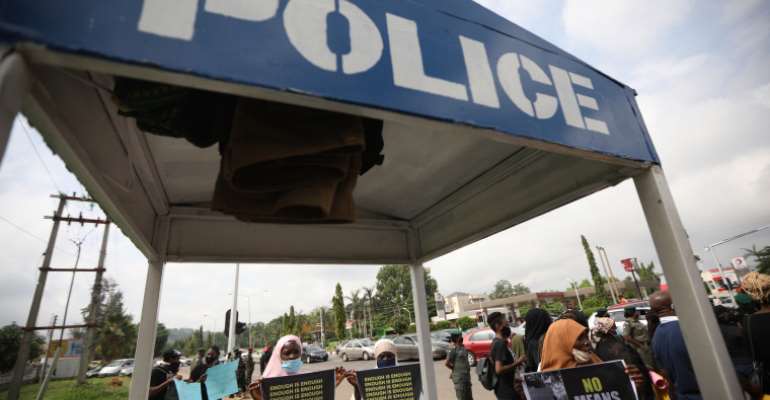 Abuja, June 30, 2020 – Nigerian authorities should investigate the attack on journalist Ike-Jacobs Nwosu and hold those responsible to account, the Committee to Protect Journalists said today.

On June 15, Uche Ogbuagu, a legislator in Nigeria's southeastern Imo state, approached Nwosu, a reporter for the privately-owned Eastern Lead Express newspaper, while he was at the state assembly building in Owerri, the state capital, and accused Nwosu of misquoting him, according to the journalist, who spoke to CPJ in a phone interview.

Nwosu said that report, written by a different Eastern Lead Express journalist, cited Ugbuagu alleging that Frank Ugboma, another legislator, was not performing his work duties. Nwosu told Ogbuagu he did not write the report and went to Ugboma's office, the journalist told CPJ.

After he arrived at the office, Ugboma called in a group of men and told them to take Nwosu away, the journalist told CPJ. At least four men arrived and attacked Nwosu, slapping him repeatedly in the face and across his body, according to the journalist and a report by independent news website Basic Sports in Nigeria. Nwosu said that the attackers chipped one of his teeth and broke his glasses.

A police officer intervened and stopped the attack, and then took Nwosu to see the speaker of the house, Collins Chiji, who gave him 10,000 naira ($25.81) to treat his injuries, Nwosu said.

Nwosu told CPJ that the men who beat him also took his phone, and had not returned it as of today.

“The assault of journalist Ike-Jacobs Nwosu is unacceptable, and his attackers—as well as those who ordered the attack—must be held to account, and the journalist's phone must be returned immediately,” said Angela Quintal, CPJ's Africa program coordinator, in New York. “If journalists can be assaulted in a legislator's office, then they can be assaulted anywhere.”

Nwosu said a pre-existing eye problem was aggravated by the beating, causing red particles to gather around his left eye, and said he bought new glasses using money provided by family and friends.

According to Nwosu, he and the Eastern Lead Express filed separate complaints about the attack to the police, who have asked that Nwosu and Ugboma visit the state police headquarters in Owerri for questioning on July 7.

Reached by phone by CPJ, Ugboma denied ordering Nwosu's beating but confirmed that his men clashed with Nwosu when the journalist came to his office. Ugboma accused the journalist of trying to extort him. CPJ called Ogbuagu, but the call did not go through.

An Imo state police spokesperson, Orlando Ikeokwu, told CPJ that the attack on Nwosu was under investigation and that Ugboma visited the station for questioning on June 25.

No energy to solve health issues but you say no delay to pas...
22 minutes ago

Akufo-Addo cuts sod for US$24.8 million housing project for ...
31 minutes ago