Nairobi's street names reveal what those in power want to remember, or forget

By Melissa Wanjiru-Mwita - The Conversation 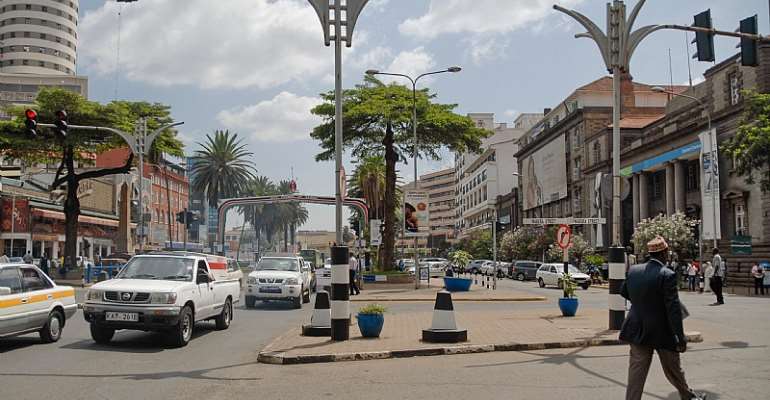 The recent global events of civil and political unrest that started in the US have brought to the fore the complex dynamics of urban memorialisation. The protests have, in some places, led to renewed scrutiny of certain urban symbols such as commemorative statues – what they represent and how they are perceived and interpreted.

Unlike monuments and statues, place names (toponyms) are intangible, and less imposing, but nevertheless, an indispensable part of the urban symbolic landscape. Their inscription, erasure and re-inscription is highly political.

In a study of toponymy in Nairobi, Kenya, my colleague and I analysed how streets got their names. It's important to examine this as street naming and renaming allows us to remember and forget events and people in history. It also articulates what values exist in pursuit of political or national interests.

We explain how street names are imbued with symbolic references of power structures within a society. During the period of British rule (1895–1963), toponymy was used as an exercise of power – it reflected British control. Soon after Kenya gained independence, streets were renamed as a way to renounce the colonial regime and its ideology.

But today, Kenyans are starting to question the naming of important public spaces after a few individuals, their families and political affiliates – the 'political dynasties'.

In 1964, after Kenya had gained independence, a street naming subcommittee was formed under the town planning committee of Nairobi's city council. This subcommittee came up with names or received suggestions from the public. There was then a vetting process and proposals were eventually sent to the Minister of Local Government for approval. Since then, different laws have been established to guide the naming and numbering of streets and properties, but the process has remained very much the same.

Looking forward, the government should consider honouring other people who have contributed to the growth of Kenya as a country – for instance its athletes, academicians and artistes.

It would also be important to point out how gender exclusive the street names are. For a long time, there was only one street named after a woman – Mama Ngina Street, Mzee Jomo Kenyatta's wife. And later, after much lobbying, a street was named after Wangari Maathai, the 2004 Nobel Peace Prize winner. And in 2017, after the death of the firstborn daughter of Jomo Kenyatta, Margaret Wambui Kenyatta, Mugumo Road in Lavington was quietly renamed after her.

How streets are named, or renamed, serves as an important indicator of the values of a society – and what those in power might want to remember, or forget.

The vital role of street toponymy in Nairobi emerged at the inception of the city, at the beginning of the 20th Century.

Street names were used by the British colonisers to remove the indigenous identity of the previously marshy plain, known as Enkare Nyirobi (a place of cool waters), to create a new idyllic British city. Names such as Victoria Street, Coronation Avenue, Kingsway, Queensway and Elizabeth Way marked the modernising city to celebrate the British monarchy. Delamere Avenue in the 1940s. After Kenyan independence, it was renamed Kenyatta Avenue, after president Jomo Kenyatta. Photo by © Hulton-Deutsch Collection/CORBIS/Corbis via Getty Images

In addition, names such as Whitehouse Road and Preston Road were named after railway officials. George Whitehouse, for instance, was the chief engineer of the Kenya-Uganda Railway. This is because Nairobi started as a railway depot.

Other streets were named after administrative and political leaders of the time such as Hardinge, Elliot, and Sadler, all of whom were commissioners of the British East Africa Protectorate.

Apart from the British and European street names, there were a few Indian names such as Bazaar Street and Jevanjee Street. This is because of the large Indian community in Kenya, many of whom originally came to Kenya as railway workers. “Bazaar” refers to a business area or market, while Jevanjee was a prominent Indian businessman in early Nairobi who owned the first newspaper company – The East African Standard.

What was starkly missing were African street names during that period. This was a clear indication of the political and social dynamics of the time that put the European first, the Indian second and the African third.

There was a shift at Kenya's independence, in 1963. The city's streets were redefined as symbols of nationalism and pan-Africanism. The process was not devoid of challenges. There were inconsistencies – for instance in terms of ethnic representation – owing to the diverse interests that needed to be accommodated. It was an enormous task for the new government.

Generally, under the new government, street names acted as sites for the restitution of justice (for those that suffered under British rule) and symbols of memory, ethnic diversity and unity.

The renaming of the streets happened in waves. The first was in 1964, with Delamere Avenue (which cuts the central business district into two) being changed to Kenyatta Avenue, after the first president of Kenya – Jomo Kenyatta. Hardinge Street was changed to Kimathi Avenue after the leader of the Mau Mau Movement – Dedan Kimathi.

The streets were often renamed after the political elite, a good number of whom came from the Kikuyu community, such as Kenyatta Avenue, Koinange Street, James Gichuru and Harry Thuku Road.

In independent Kenya the purpose of the toponymic changes was twofold: to erase names of the colonisers who were deemed as imposters and to celebrate the new heroes: Kenya's political leaders and freedom fighters. The latter, such as Dedan Kimathi being celebrated superficially by the new political bourgeoisie.

Additionally, in the spirit of pan-Africanism, other African leaders such as Kwame Nkrumah, Albert Luthuli and Julius Nyerere were celebrated through street names. Beyond the African continent, leaders who fought for black liberation and civil rights in America, such as Ralph Bunche and William Du Bois were also honoured.

The future of street naming

Nairobi's street names are like a small history lesson. The County Government should consider putting up signs that tell people their former names, to show how the city has evolved over time.

More must also be done to ensure these spaces celebrate future heroes. There is a need to enforce the Kenya Information and Communications (Numbering) Regulations 2010 and the establishment of a National Addressing System as proposed by the Communications Authority of Kenya in 2016. In addition, a national body for dealing with place names, similar to the South African Geographical Names Council, should be instituted.

Finally, public participation should be an integral part of the street naming process, because people are the primary producers and users of names.

Melissa Wanjiru-Mwita does not work for, consult, own shares in or receive funding from any company or organization that would benefit from this article, and has disclosed no relevant affiliations beyond their academic appointment.