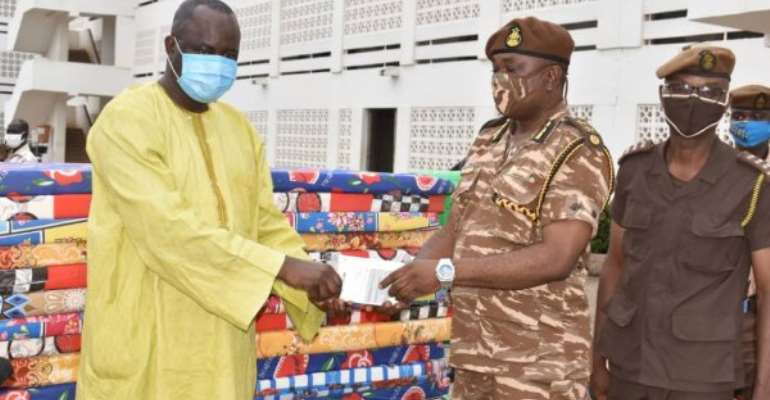 All the 117 inmates of the Wa Central Prisons have tested negative for COVID-19.

He said their focus was now on prevention to which they had strengthened their response mechanisms to ensure the safety of all inmates and officers of the prison.

Mr Hagbe disclosed this while receiving a donation of food and non-food items from the Upper West Regional Coordinating Council (RCC) presented by the Regional Minister, Dr Hafiz Bin Salih, to support the upkeep of inmates of the prison.

The Wa Central Prisons Commander said the donation would help them strengthen their response to COVID-19 while also improving on the welfare of the prisoners.

Emphasizing on the prevention, Mr Hagbe said physical contact with prisoners was not allowed when visitors come to visit.

He said Veronica buckets had also been placed at vantage points inside the prison to ensure regular hand washing among inmates.

"We have also provided some vitamin C for inmates to take on daily basis to boost their immune systems", he said.

He said it was a must for all officers to wear nose mask, wash their hands and have their temperatures taken before being allowed to go inside the prisons.

Dr Bin Salih said the COVID-19 had brought extra burden in terms of care for the prisoners, hence the decision by the RCC to donate the items to help ease that burden.

The Regional Minister appealed to the general public to support management of the prisons to provide comfort to their unfortunate brothers.