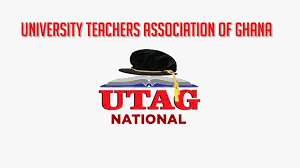 UTAG-UG over the weekend gave indications that it has initiated an impeachment process against the national President of UTAG.

UTAG-UG accused Prof. Marfo of compromising UTAG's position on the controversial Public Universities Bill which is currently before Parliament.

“At this emergency meeting held on Thursday, June 11, 2020, the University of Ghana branch of UTAG (UG-UTAG) resolve to initiate impeachment proceedings against the national president of UTAG for consistently misrepresenting and sidelining UG-UTAG's position on the Public Universities Bill 2020 in his public engagements,” the UG lecturers said in a statement.

“UG-UTAG has observed that the demeanour and public utterances of the national president suggest that he is not committed to carrying out the mandate of the public universities, which is, advocating for the withdrawal or rejection of the Public Universities Bill by the Executive or Parliament, respectively,” it further explained.

But the National Vice President of UTAG, Dr. Otchere Addai Mensah said the threat should be treated with contempt.

“There are laid down rules and regulations for the impeachment of national officers and I am sure that if they speak to lawyers, they would have known that that letter has been written and it serves against the provisions of the UTAG constitutions. UTAG remains a united front. The Dr. Charles Marfo–led leadership has given UTAG one of sound and resolution leadership,” Dr. Otchere Addai Mensah said.

About the Public Universities Bill

Calls for rejection of Bill

This has attracted wide public criticisms from stakeholders within the educational sector.

The University of Ghana lecturers contend that Vice-Chancellors could become puppets of politicians under the Public University Bill.

The Ghana Academy of Arts and Sciences has described the bill as poorly motivated.

Former Vice-Chancellors of the University of Ghana, Prof. Ernest Aryeetey and Prof. Ivan Addae-Mensah have all called for the Bill to be withdrawn from Parliament.