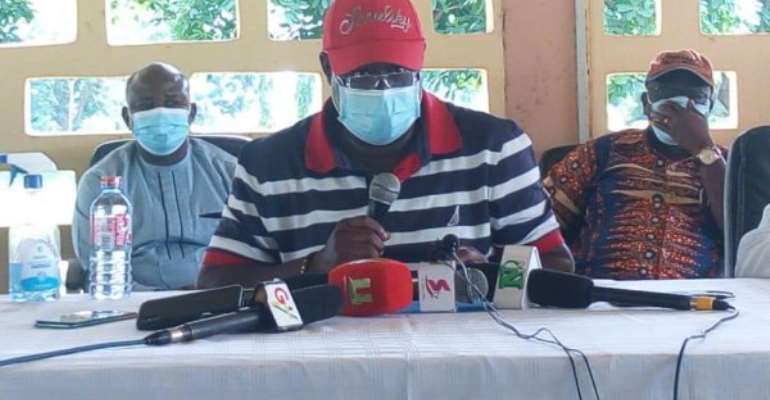 Mr Kwesi Amoako-Atta, the Minister of Roads and Highways, has said a total of 3,312.7 kilometre road network representing 48.6 percent in the Northern Region are 'poor roads'.

The Minister, who is also a Member of Parliament (MP) for Atiwa West Constituency in the Eastern Region, gave these details at a press conference on Thursday in Tamale to give update on the state of roads infrastructure in the Northern Region.

The Minister said 65 different road projects are ongoing and at different stages of completion across the Northern Region, with particular reference to the Tamale interchange project which is at its 40 percent stage.

He said the projects when complete would help improve travel times of commuters, improve on the local economy and reduce conflicts among the various transport companies in the region.

The event also forms part of the Minister's six days working tour to the Northern part of the country.

Mr Amoako-Atta said government has given the Northern Region its fair share of road infrastructure, adding that "within a period of three years, a total of 66 km of roads have been sealed or primer sealed within the Tamale Metropolis and Sagnarigu Municipality in the Region".

Mr Amoako-Atta commended the Regional Directors of the GHA, DUR, DFR and their teams for their vigilance in ensuring that there was quality of work in the ongoing road projects in the region.

He said the ongoing projects were a manifestation of government's determination to change the face of road network in the country as well as boost economic growth and development.

Mr Salifu Saeed, Northern Regional Minister, acknowledged government's efforts in promoting peace and infrastructure development in the area and encouraged the citizens to rally behind government for more development.