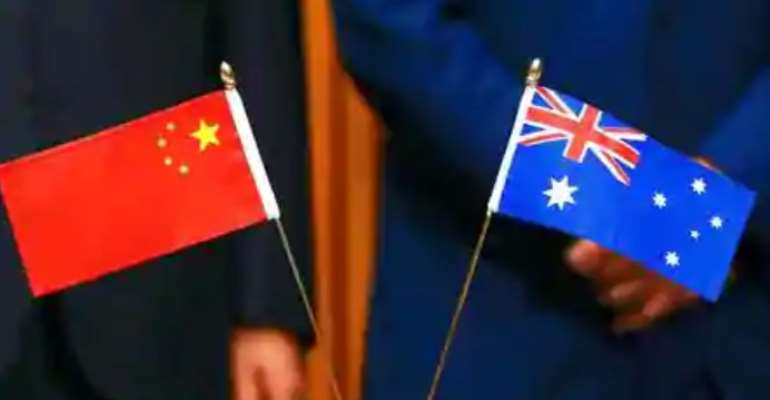 Entering a university should be, to some degree, unsafe. Away from the gazing eyes of parents, institutional structures for the child, the entrant faces, or at least should face, the prospect of something truly daunting: To think, to entertain discomfort, to see old ideas and presumptions die gloriously in the inferno of learning. None of this is easy, but all of it should be encouraged.

The modern university is, however, an infantilizing coddle of an experience, a managerial pit-heap, and a spreadsheet-directed mire of gobbledygook. It seeks cash. It has “alignments” with industries. It embraces “Five Year Plans” which would warm the boilersuit dictators of old. It hires the legions of public relations as a matter of course. All this serves to encourage an absence of thought, the dolling out of degrees for purchase, and a range of other additions that make the modern university susceptible to manipulation.

With all this in mind, the China-Australia “education wars” (dare one even go that far?) serve to show that learning is the last thing that matters in the debate. Relations between Beijing and Canberra have cooled. Australia’s education sector, having buried itself so deeply in its reliance on Chinese students, is bleeding. Jobs are for the chop. And the insistence by the Morrison government in taking the lead on the China containment agenda, from limiting the reach of Huawei to the issue of an inquiry into the origins and handling of the novel coronavirus, has served to irritate and estrange.

Retaliation has been forthcoming. A trade war in all but declaration has broken out, a surely devastating thing for “the world’s most China-dependent economy”. Beijing has imposed tariffs on Australian barley. Beef exports from four Australian abattoirs banned. Now, it is the turn of Australian universities and the Chinese student market.

China’s Education Bureau has decided to change its tune on the Australian education market, warning students that resuming classes in July might endanger them. Students should “conduct a good risk assessment and be cautious about choosing to go to Australia or to return to Australia to study.” It is also all tease and prodding, reversing the entire narrative on COVID-19. If you do go to Australia, you might be at risk of the pandemic.

This warning also chimed with one that had been issued by the Chinese Ministry of Culture and Tourism on June 6. “Due to the impact of the COVID-19 pandemic, racial discrimination and violence against Chinese and Asian people in Australia have seen a significant increase.”

Australia’s Education Minister Dan Tehan, a truly rough, unwashed piece to behold, made sure to bring out the pom poms for the sector he is meant to be representing in a statement to the ABC. “Australia is a popular destination for international students because we are a successful, multicultural society that welcomes international students and provides a world-class education.” All of these platitudes underscore the one thing Tehan and Australian university Vice-Chancellors understand: cash.

As for the issue of pandemic safety, Tehan reminded any critics that Australia has been fairly credible when it comes to stifling the COVID-19 spread. (Cue the self-flattery, back-patting, congratulations.) “Our success at flattening the [coronavirus] curve means we are one of the safest countries in the world for international students to be based in right now.” Give the man an advertising position.

Students have found themselves in a geopolitical sandwich, and an unpleasant one it is too. Chinese students have been telling the ABC that the issue is one of indignation between political representatives rather than the “people”, who have more important things to do, such as tolerate the increasingly commercialised tertiary sector. One Mr Zhen, who is studying a Masters degree in biomedicine at the University of Adelaide, was keen to stay apolitical. The June 6 travel warning had been unnecessary; the further warning for returning students had “gone too far”. Another University of Adelaide student, postdoctoral candidate Primo Pan, conceded to enduring a few instances of racism during the pandemic, though had no desire to throw in the towel. “There was an increase in racism targeting Chinese people in Australia, but it’s still a safe place where your personal security is not threatened.”

This is all too rosy, and even disingenuous. International students have been excluded from protective income measures that would have made retaining Australia as a destination viable. The approach in terms of assistance packages has been piecemeal, shoddy and deeply bureaucratic. Universities still demand top dollar from their students, and a generous, collective waiver of fees has not been embraced. Such students are currency, and the contempt towards them shows.

The Chinese Education Bureau is correct, but in a way quite different to its assumption. Students are being harmed, but not in the way they might realise. They are certainly not being made to feel unsafe through rigorous academic standards of the sort Tehan boasts about. Australian universities have adjusted admission standards and tailored courses that are less challenging in order to increase and retain foreign students. Those exposing this farce have been attacked. The function of learning has been replaced by the nature of process and delivery.