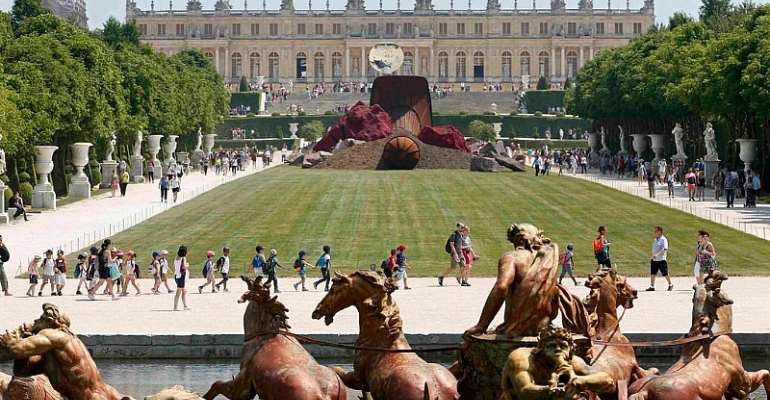 One of France's star tourist attractions, the Chateau de Versailles is to re-open the gates to the public for the first time in over 80 days. Closed for the first time since World War II, the lockdown period to curb the coronavirus was put to good use with a full spring clean inside and out, ready to welcome back visitors from Saturday.

The staff at the Chateau de Versailles in the Yvelines, west of Paris have been busy over the last few weeks preparing the castle and the grounds for the return of visitors on 6 June after an 82 day closure due to the Covid-19 crisis.

Although many people took advantage of the 'virtual tour' created during confinement, there's nothing quite like the real thing.

Based on new health and safety guidelines, the interior of the museum has been set up with markers and barriers to control crowds and keep people moving in one direction.

Tickets must be bought online for a allocated time slot.

The smaller venues such as the Petit Trianon, the King's private apartments and the Opera will be open for guided tours only, while the larger spaces have been redesigned to prevent people crossing paths.

Hand gel dispensers will greet guests at the entrance, who are required to wear protective masks and respect social distancing.

The biggest change is the number of visitors – only 500 people will be allowed in the castle at any one time (approximately 4,500 per day), compared to the usual 27,000 per day.

As borders remain closed to tourists outside of Europe, the usual 30 percent of Asian and American visitors will be missing in the coming weeks.

80 percent of the eight million visitors per year come from overseas, representing a huge portion of the castle's revenue.

Before the Covid-19 crisis, the domain sustained 87 percent of its activities, 70 percent of that from ticket sales.

However, "that economic model has collapsed," Chateau president Catherine Pégard told AFP, pointing to the need for diversification in what the site could offer its visitors.

"The Culture ministry is aware that Versailles, like the Louvre, needs help from the government," she said.

"There are professions at stake. 68 companies collaborate with the site, it's an eco-system with a whole range of orders from special artisans, such as silk from Lyon."

Versailles in a new light
She says however, the new restrictions in place will allow visitors to see the castle in a new way, more focused, without the pressure of crowds.

2020, she says will have a special focus on "Green Versailles" with a new catalogue of guided tours to draw people's attention to the remarkable trees and statues on the grounds for example, or things to do with groups of children during the holidays.

From day one, the famous fountains will be turned back on after being refurbished.

Some cultural and historical sites in so-called 'green areas' were already able to re-open from the 11 May.

In Paris, the Quai Branly Museum of indigenous civilisations will reopen on 9 June, followed by the Musee d'Orsay on 23 June.

On 1 July, the Grand Palais will kick off a major exhibition on Pompeii and the Centre Pompidou will re-open its doors.

Le Louvre is to re-open on 6 July, while the Picasso museum will re-open in the third week of July.