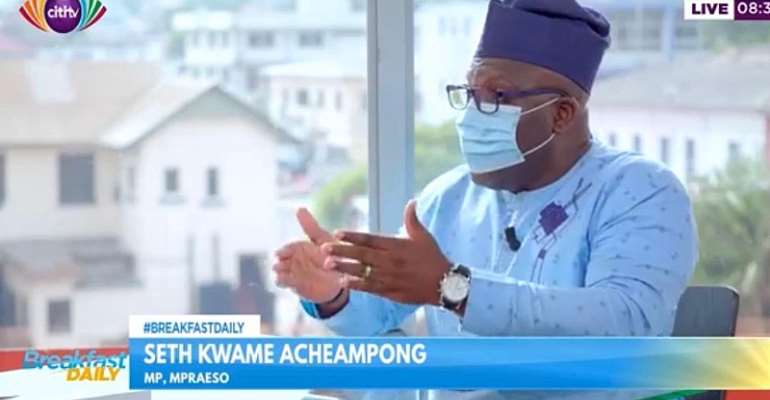 The exercise was however called off in the Western Region due to some challenges with the Biometric Voter Registration machines.

Speaking on Citi TV’s Breakfast Daily on Thursday, June 4, 2020, the Member of Parliament for the Mpraeso Constituency, Seth Kwame Acheampong said the challenges encountered during the pilot exercise will enable the Electoral Commission to prepare adequately for the main registration.

“For me, it is a very useful exercise which came with this revelation. The exercise started on Tuesday and it is yesterday that this news broke so it is worth reporting. I don’t think it is a failure on the part of the EC,” he noted.

Meanwhile, the Tamale North legislator, Alhassan Suhuyini, on the same show said the challenges weren’t only registered in the Western Region but other pilot stations in other regions also witnessed similar issues.

“You see what we are experiencing is not only from the Western Region but from almost all the pilot stations that the EC has set up. This is one of the reasons many people including the over the 18 civil society organizations, the National House of Chiefs and all well-meaning Ghanaians are calling on the Electoral Commission to hasten slowly and not to be intransigent in their positions about how to carry out their mandate.”

“We’ve had concerns over for example how long it takes one person to get registered per the system that was deployed which is between 30 to 50 minutes. Now giving the numbers that usually comes out and the numbers we are expecting per of our population census, we are expecting not to register less than 17 million people and given the time that we have left to elections, how long is it going to take the Electoral Commission to register everyone?”

The Electoral Commission (EC) is set to compile new voters registration for the upcoming 2020 presidential and parliamentary elections beginning last week of June.

The NDC and other civil society organisations have kicked against the move.

But the EC is bent on compiling the new register regardless of the agitations.