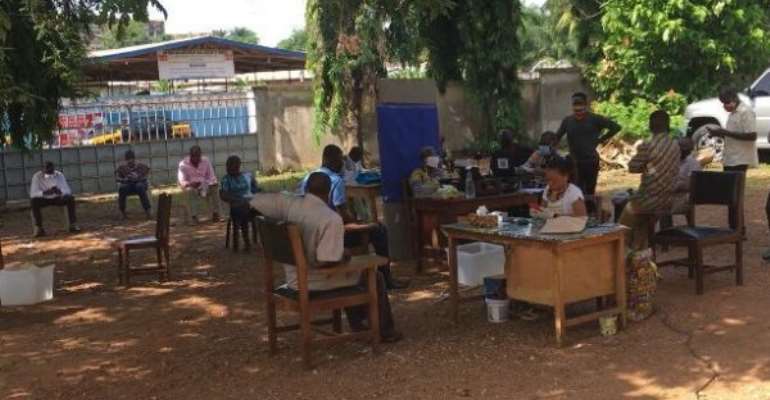 Mr Selormey Adukpo Dogbey, the Volta Regional Director of the Electoral Commission (EC), has said expectations for piloting the new Biometric Voter Registration (BVR) kit and processes had been successful.

“Our expectations have largely been met,'' he said, and that the EC would be better placed to configure the BVR machine in readiness for the country-wide mass registration exercise.

Mr Selormey said this at the end of the two-day pilot exercise ahead of the mass voters' registration scheduled for June ending.

He said a total of 102 people were registered on Wednesday while some 36 others registered on Tuesday before the machine broke down temporarily.

Mr Selormey said all teething problems reported by the Region to the National Technical Section of EC had been resolved guaranteeing the efficiency of the new equipment.

The new BVR worked faster, was more sensitive and efficient, he said.

Mr Selormey said the Volta Region would have a total of 2,111 registration centres for the mass registration out of 33,367 centres nationwide.

The Regional EC Director said officials of the Commission would work in clusters for each centre for six days and move to another centre to cover five other centres for 30 days.

Meanwhile, the Volta Regional branch of the National Democratic Congress, in a press statement read by Mr James Gunu, the Regional Secretary, said the Party's stance on the compilation of a new voter register remained unchanged.

He insisted that what was needed was limited registration "as required by law," considering time exigencies, lack of resources, weather conditions and other factors.

Mr Gunu noted that the final ID card issued in the pilot exercise was not serially numbered compared to the form A, leaving the suspicion for manipulation, with low battery strength of the machines and the challenge of spending 25 to 30 minutes to register one person.

He said the use of the same ink pad could spread COVID-19 and that the technical challenges meant the EC was not prepared to effectively compile a new voter register for the December polls.

''We, thus, charge the EC to conduct a character and credibility audit to rid it of all deficits that has dogged its activities in recent times.''