SpaceX praying for good weather ahead of historic Falcon 9 launch 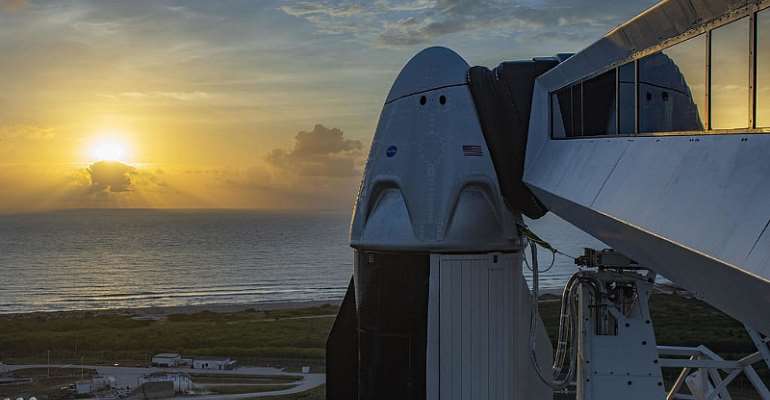 The 70-metre-tall Falcon 9 rocket is awaiting the green light to blast off from the from Kennedy Space Center in Florida at 9.22pm GMT (3.33pm local time).

If successful, the mission to send astronauts Doug Hurley and Bob Behnken to the International Space Station will end a nine-year gap in human spaceflight from US soil. It would also mark the first time a private company has sent humans into orbit.

The first launch attempt on Wednesday was scrubbed with fewer than 17 minutes remaining on the countdown clock amid electrical storms and a tornado warning.

On Friday NASA officials said Falcon 9 and its newly designed Crew Dragon capsule were in good shape and ready for launch, adding a final decision on whether to proceed would only come after further assessment of weather conditions.

If Saturday's attempt does not proceed, another is scheduled for Sunday at 3pm local time - with an additional backup date on Tuesday, 2 June 2.

US astronauts have been using Russia's Soyuz spacecraft to travel to the ISS since Nasa's final space shuttle flight – piloted by Hurley – in 2011.

Thousands of spectators are expected to turn out around Cape Canaveral to watch the launch by Space X – a company that one day hopes to send paying customers into orbit.

Let's Avoid Second Wave Of COVID-19 By Following All Protoco...
20 minutes ago