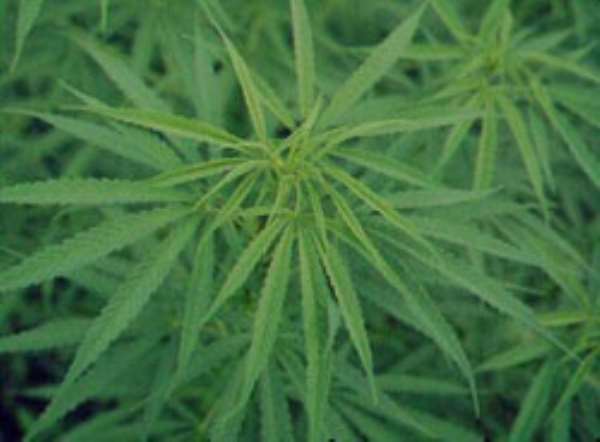 The cultivation and sale of Indian hemp popularly known as “wee” is apparently now a thriving industry along the Ghana- Cote D’ivore boarder at Enchi in the Western Region.

The cultivation is so shrouded in secrecy that both the wee farmers and clientele have established their own intelligence network right from the Enchi enclave to the Ivorian border in order to outwit the prying eyes of security agents.

Regional Crime Officer, Alex Bedie, said “the hemp business is very lucrative, the market value is very high, and farmers along the forest reserve are taking advantage to engage in the cultivation of Indian hemp.

He said, however, that with the establishment of the new office of Drug Law Enforcement Unit, the police have been empowered to deal with the offenders.

Regional Police Commander, Deputy Commissioner of Police, Kofi Duku Arthur said the communities should form vigilant groups to help combat the crime and not wait until the police come in.

Mr Arthur said the police are making frantic efforts to bring the offenders to justice, citing the recent arrest of four farmers suspected to be cultivating, possessing, processing and trading in Indian hemp in Enchi.