Only Proper Mining To Be Allowed In Forest Reserves - Fobih 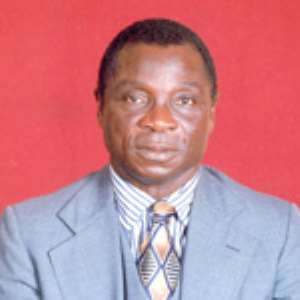 Professor Dominic Fobih, Minister for Lands, Forestry and Mines, yesterday told Parliament that only proper mining would be allowed in forest reserves. He said all other activities and the construction of infrastructure connected with mining would be located outside the reserve.


Prof Fobih, who was responding to questions in Parliament, said five companies permitted to operate in the forest reserve were expected to reclaim the areas they mine. "Reclamation bonds are to be posted by the companies to ensure that in the event that an investor does not carry out the required reclamation, funds will be available for the Government to do so.”

The Minister, who was responding to a question on why mining was going on in the forest reserves of the country, said because of the growing concern for the depletion of the forest reserves, the Ministry in 1996 wanted to place a ban on mineral exploration in the reserves.

He said it was, however, recognised that some companies had already spent substantial money and reached advanced stages in mineral exploration in some of the forest reserves and had also not contravened any terms of the permit granted them to operate in these areas.

"Operational Guidelines for Mineral Exploration in Forest Reserves (1997) were subsequently set out in September 1997 to regulate exploration activities in forest reserve," he said.

The Minster said Newmont Mining Corporation was operating in Ajenjua Bepo Forest; AngloGold Ashanti Limited in the Supuma Shelterbelt; Gold Star Resources in the Opon Manso Forest; Chirano Goldfields in the Tano Suraw Forest Reserve and Wexford Limited in the Subri River Forest Reserve were the five companies permitted to operate in the forest reserves.

Prof Fobih in answer to another question said, a company, Marina Travel and Tours Limited, plans to develop a portion of the Shai Hills Game Reserve into a safari park; a 300-bedroom facility, a golf course and a 100-bed eco-lodge between the hills.

Mr David Tetteh Assumeng, Member of Parliament for Shai-Osudoku, had asked the Minister for plans to develop the game reserve into a tourist attraction.

Earlier, Hajia Alima Mahama, Minister for Women and Children Affairs, who was also in the House to answer questions, told the House that the Ministry had undertaken a number of sensitisation programmes in and around the Kukuo Witches camp in the Wulensi Constituency, leading to the reduction of the population of inmates of the camp over the years from 137 in 2001 to 114 in 2005.

She said the younger inmates were engaged in food crop farming and "we will continue to interact with them and sensitise the community on women's rights issues and support them in their economic activities.

Alhaji Wumbei Karim, MP for Wulensi, had asked about the Ministry's plans to make life worthwhile for the supposed witches in the Kukuo Witches Village.