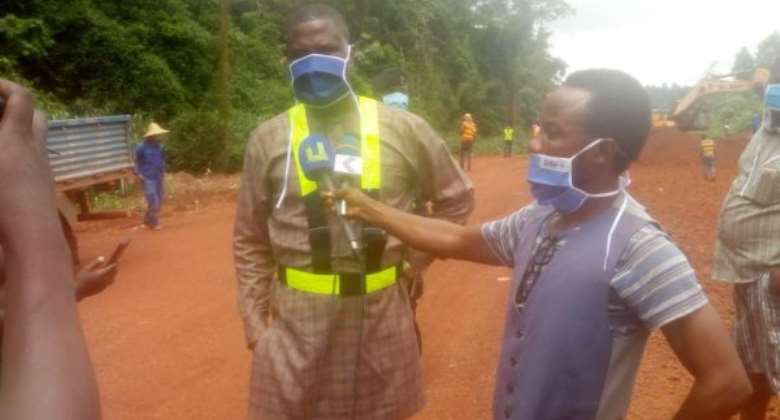 The Akontombra MP who is also the Deputy Regional Minister expressed satisfaction at the progress and quality of work done by the contractor so far, indicating that when completed, it would ease the stress of drivers and passengers.

He said the government was committed to the completion of the Sefwi- Waiwso-Akontonbra road and other roads within the Akontombra District and Western North Region as a whole.

He was optimistic the seventh and eighth certificates that the construction firm had raised would be paid to ensure the early completion of the project.

Mr Patrick Okoto, Western North Regional Director of Highways said he was also impressed with the quality of work done by the construction firm considering the cutting and shaping that was done.

He disclosed that the 12-kilometre road from Akontombra to Essase was completed and prayed for the contract to be continued to link kilometer- 56.

Mr Okoto said another Contractor BUADAC Company Ltd, was working on kilometre 0 to kilometre 15, while Ahibenso -Bodi in the Bodi district was awarded on contract.

He appealed to the government to expedite action in making funds available to the contractor to commence work.

Mr Gou Chengcheng in charge of GS International the construction firm working on the road said they were hopeful to complete the project by May 2021 and asked the authorities to release funds for the project to be completed on schedule.