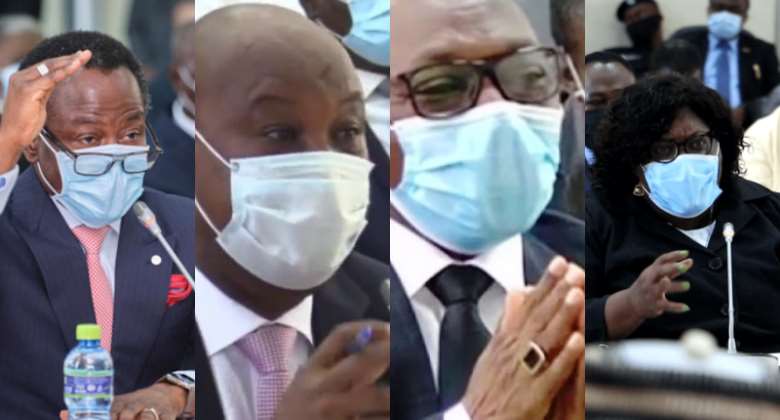 Ghana's Parliament has approved the nomination of four persons to the Supreme Court bench following the recommendation by its Appointments Committee.

President Akufo-Addo submitted the names of the four persons to Parliament in March 2020 for consideration.

These nominees are to replace some Justices on the Apex Court bench who are due for retirement.

The report of the Committee runs contrary to earlier media reports that the Minority will withdraw their support for the approval of Justice Honyenuga for endorsing the President's second term bid in his capacity as a traditional ruler.

The Minority Chief Whip, Mohammed-Mubarak Muntaka, had, for example, said he was shocked at the responses of Supreme Court Judge nominee, Justice Clemence Jackson Honyenuga when he appeared before Parliament's Appointment Committee.

Appearing before the Committee, Justice Honyenuga apologised and explained that his praise-singing of President Akufo-Addo ahead of the 2020 elections were not necessarily to endorse the President but rather to wish him well.

Justice Honyenuga failed to secure unanimous approval from the Appointments Committee of Parliament when he appeared before it for vetting. The committee voted on a 10 to 7 approval.

Speaking on the Floor of Parliament today, Wednesday, May 20, 2020, the Minority Leader, Haruna Iddrisu, suggested that his side had moved past the comments.

“I do not think that anyone should want to hold this against him beyond I am sorry and I apologise except that I would urge that ethical standards and ethical values must be held at its highest level; at the level of the Supreme Court.”