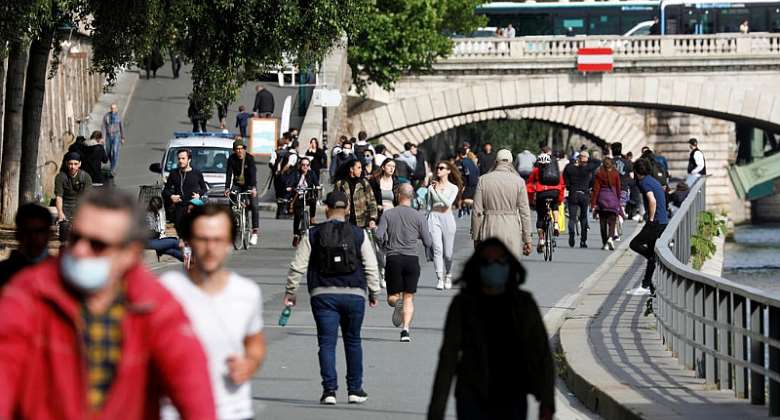 French citizens and residents travelling home from outside the European Union will be asked to observe a two-week "voluntary" quarantine, France's foreign minister said Tuesday.

The measure will not affect non-EU foreign visitors as the bloc's exterior borders remain closed in a bid to contain the coronavirus epidemic.

"Starting Wednesday, we will ask all French people... returning to France and people who reside in France to voluntarily submit to a quarantine" of two weeks, Jean-Yves Le Drian told the LCI broadcaster.

This will apply only to those returning from beyond the EU, he said.

There has been no quarantine for citizens or residents returning to French soil until now.

In March, the European Union banned foreign nationals from entering its Schengen area, an open border zone comprising 22 of 27 member states, with exceptions for medical workers and essential travel.

Last week, it set out plans for a phased restart of travel, urging member states to reopen internal borders while recommending that external frontiers remain shut until at least the middle of June.

"Concerning the internal borders, we have reciprocity agreements with neighbouring countries and one can imagine that progressively, provided deconfinement works and the pandemic does not resume, we will be able to reconsider these closure measures," said Le Drian.

"I think that progressively from June 15, we will be able to start a generalised easing, at least that is what I hope."

France's main Charles-de-Gaulle airport, north of Paris, has installed thermal cameras to detect arriving passengers with a high fever, one of the symptoms of coronavirus