Post-Covid-19: as tensions build with China, will US turn to Vietnam? 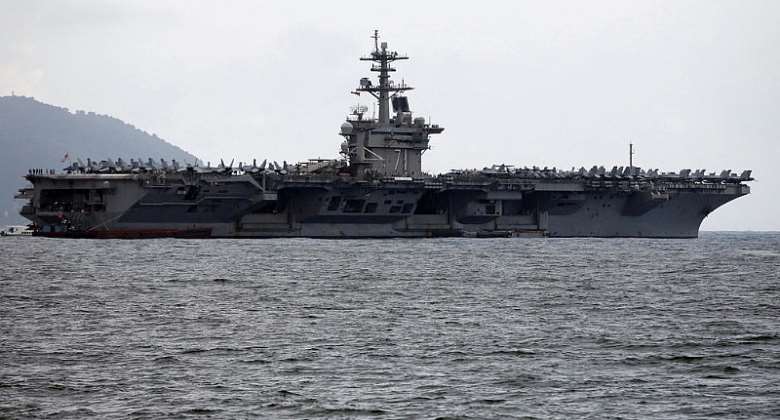 US President Donald Trump has threatened to cut bilateral ties with China, the latest blast in an increasingly violent war-of-words between the world's two largest economies about the origins of the virus that has killed more than 300,000 people. Adding fuel to the fire are persistent rumours that the US wants to return to Cam Ranh Bay in Vietnam.

China on Friday urged the United States to meet it halfway and strengthen cooperation in the fight against the coronavirus pandemic. It follows US President Donald Trump's threats to sever bilateral ties, in an interview on the Fox Business News show Mornings with Maria.

The exchanges follow the publication of a joint report by the FBI and the Cybersecurity and Infrastructure Agency (CISA) on 13 May claiming that cyber actors affiliated with the People's Republic of China are targeting US organisations conducting research into vaccines and other treatments to fight Covid-19.

China's Foreign Ministry spokesperson Zhao Lijian said China “deplores and opposes such slanderous" claims, pointing out that “spreading rumours and smearing and scapegoating will not make the virus go away and put an end to the pandemic.

"To maintain the steady development of China-US relations is in the fundamental interests of the people in both countries, and is conducive to world peace and stability," Zhao insisted.

Trump's threat came a week after a trade call between US and Chinese negotiators in which both sides stressed their commitment to the “Phase One” business deal reached in January.

But completing that deal looks increasingly unlikely in the wake of the pandemic which has caused a massive downturn in the global economy.

Meanwhile, persistent rumours that the US might revamp its military might in East Asia are making Beijing nervous.

The 2019 Indo-Pacific Strategy report from the US Ministry of Defense describes China as a “revisionist power” that “undermines the international system from within by exploiting its benefits,” while seeking “Indo-Pacific regional hegemony”.

China, meanwhile, in its own 2019 report “National Defense in the New Era” maintains that Beijing “exercises its national sovereignty to build infrastructure and deploy necessary defensive capabilities on the islands and reefs in the South China Sea”.

In practice, this has resulted in the construction of airstrips and other permanent structures on uninhabited shoals and islands like the Spratley Islands and the Paracels, in an enormous area contested by the Philippines, Malaysia, Brunei and Vietnam.

The US has countered China's perceived aggression with a massive military presence in the “Pacific theatre”.

According to researcher David Vine, who has mapped the US military presence worldwide in his landmark study Base Nation, some 250 US military bases of a total of over 800 globally are located in East Asia, with 113 in Japan, 83 in South Korea and 47 on the island of Guam.

The US military suffered a setback in East Asia when the Philippines terminated the Enhanced Defence Cooperation Agreement with Washington in 2014, and seems to be looking for replacement.

The most attractive option may, ironically, turn out to be former enemy Vietnam, since such an alliance would give the Americans renewed access to the Cam Ranh Bay deep sea harbour, Asia's largest.

Cam Ranh Bay housed the US navy during the Vietnam war, before the Vietcong took over the country, forcing American soldiers to leave.

For several years, US warships have been visiting Vietnam, the last such visit was when the USS Theodore Roosevelt visited the port of Da Nang in March.

The Philippines are kicking the US out, according to Carlyle Thayer, an emeritus professor with the Australian Defence Force Academy. “China is being aggressive. Many US colleagues see a US-Vietnam partnership around the corner,” he says.

Officially, Vietnam is not interested.
According to Vietnam's 2019 National Defence Whitebook, Vietnam continues its military “three nos” policy: Hanoi won't join any military alliances, it won't side with one country against any other, and it won't give any nation permission to set up military bases or use its territory to carry out military activities.

But a new clause in the Whitebook reveals that Hanoi may be open to change. “Depending on circumstances and specific conditions, Vietnam will consider developing necessary, appropriate defence and military relations with other countries,” the policy paper continues.

“America has been pushing to preposition supplies for humanitarian assistance and disaster relief in Vietnam,” says Thayer. But a fixed foothold may not be the ultimate goal.

“They want access,” he argues. “They want to habituate the Vietnamese to regular visits, so it becomes routine, and a tortuous, yearly process of gaining approval for a port visit would not be necessary anymore."

But he warns that Hanoi will be careful not to antagonise Beijing too much: “China is Vietnam's largest economic partner...there is nothing to be gained by keeping China their permanent enemy.”