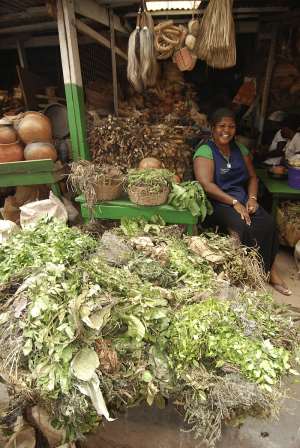 In the wake of the COVID- 19 pandemic, there is a race to find a cure for this novel condition that has put a hold on all aspects of normal day life as we use to know it. Since the recording of the first case in Wuhan, China on the 31st December 2019, this novel coronavirus has spread through the whole world, infecting over 4 million people and causing almost 300,000 deaths as at 13th May, 2020. In Ghana, about 5127 people have been infected with 22 deaths over the same period.

New ways of living have been adopted by all no matter where one lives on the planet. Human trials of new vaccines under development have been achieved in record time. The need to prescribe and use off label medication, because of the urgency, lack of treatment and disease related mortality, has been done all in an attempt to combat this deadly virus.

At this very moment the pathophysiology of the disease condition is not clearly understood with different theories and understanding being suggested almost every day. This situation complicates the development of a target drug to treat the condition. Considering this challenge, scientists have had to depend on the natural variance in the severity of the disease among certain demographics, identification of the factor responsible for the expression of milder forms of the condition in order to develop strategies for containing the disease.

One area which presents the world with opportunity and must be explored in the search for treatment is the field of herbal medicine. So far, many countries are adapting supportive care and non-specific treatment options to relieve patient symptoms. The use of preexisting drugs, hydroxycholoriquine in France and USA, antiretroviral in India, plasma transfusion in Canada, herbal teas and with other Traditional Chinese Medical practices in China and herbal preparation from Madagascar. The latter has shown very low mortality and high recovery rate in patients treated with it albeit a small number. The potential shown by this treatment gives credence to the call for the consideration of traditional and herbal remedies as potential treatment for COVID- 19; a call supported by the World Health Organization. Our current burden is COVID- 19 but there is bound to be another virus, a resistant bacteria or parasite that poses an even greater threat to humanity in the future, hence we cannot ignore the role medicinal plants will play in human health in the future. As is widely known, medicinal plants are not inert but are uniquely complex chemical agents that when applied correctly stands to be beneficial.

Since COVID- 19 is severe in people with comorbidities, medicinal plants that are known in traditional medicine to be used in the management of such diseases as hypertension, respiratory system disease and cardiovascular disease will be beneficial to patients. Some of these very important pharmacological contributions of such plants which have positive outcomes on such comorbidities include their antioxidant, anti-inflammatory, diuretic, kaliuretic, hypoglycemic, and anti-fatigue, nephroprotective effects etc.

I have selected a few of these common plants and their products to highlight this fact: the citrus group of fruits, garlic, hibiscus, clove, ginger and neem.

The citrus species: orange, tangerines, lemons are commonly known fruits in the World and Ghana. Apart from being a common fruit, orange contains various phytochemicals which gives it a long list of pharmacological activities. Some of these constituents are vitamin C which is responsible for its antioxidant, cell repair and immune boosting properties. This constituent also aids in the effective utilization of iron in erythropoiesis which in turn raises hemoglobin level. Limonene is another chemical constituent, a cyclic monoterpene, found in the oils from the peels of orange and has been reported to have antiviral effect. This effect has been demonstrated against avian influenza (H5N1) and against herpes simplex virus type 1 and 2. Alcoholic extracts from the seeds of bitter orange have been shown to inhibit the activity of the influenza virus.

Garlic, Allium sativa, is a common spice with valuable medicinal properties all over the world. The chemical constituent, quercetin and allicin which are a flavonoid and an organosulfur compound respectively, are found in garlic. These 2 agents have been reported to alter viral genome transcription and inhibit the attachment of enterovirus and influenza virus to host cell. Extracts have shown antithrombotic effect and increase in plasma nitric oxide concentration in the general population. These properties were inferred as having the ability to help patients with disseminated intravascular coagulation (DIC) pull out of crisis.

Hibiscus sabdariffa flower, mostly used in teas by people of all ages, is popularly known for its antihypertensive and antioxidant effects. On the other hand, protocatechuic acid, one of the major phytochemical in this tea has shown virus inactivating properties on influenza A virus (IAV) and currently used as an inactivating agent in the IAV vaccine production. In vitro assay of extract of hibiscus showed virucidal effect against Herpes Simplex Virus-type 1. The flavonols and polyphenols in the herb have also shown great vasodilation and the ability to inhibit platelet aggregation.

Clove, Syzygium aromaticum, is a spice derived from the unopened flower bud of the plant. It has been used in traditional medicine for the healing of various conditions. The major component of its essential oil, eugenol, has antibacterial, anti-inflammatory, antioxidant, analgesic and anesthetic properties. The viral inhibition property of the extract has been established in hepatitis B, herpes simplex virus 1 and 2.

The last plant, neem, Azardirachta indica, is a tree which has been used to treat various tropical diseases. The healing properties of the plant are exhibited in almost every part. It is used to treat malaria, worm infestation, enteric fever and arthritis. Extract from the tree back has shown significant antiviral activity against Herpes simplex virus type 1. An extraction using the solvent methanol from the leaves have shown virucidal properties against the coxsackie virus B group of viruses. Leaf extracts have also shown anti-hemolysis effect in plasmodium parasite infected mice and at the same time showing thrombolytic effect in albino mice. Neem extract has also shown a dose dependent antipyretic effect.

The instances above are in no way exhaustive but indicate the extent of work undertaken to show that herbal medicines are not placebos but active agents with a lot of potential. They have the capacity to elicit antiviral, antithrombotic, antipyretic, antioxidant and anti-inflammatory effect. Although the current evidence is largely in vitro and in vivo, it goes to emphasize that in this race to drug discovery, we cannot as a society ignore the importance of medicinal plants.

Our current predicament as Africans means that we should critically consider medicinal plants and research into these in search for a cure for COVID- 19 as well as other existing and emerging diseases. There is well documented evidence to support their actions and efficacy as outlined here. This is the start of a very promising drug development.