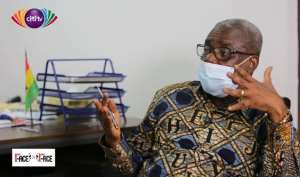 The New Patriotic Party’s campaign manager, Peter Mac Manu, has finally broken his silence on his alleged deportation from Kenya prior to the country’s 2017 polls.

The polls which were keenly contested between the then incumbent and now current President Uhuru Kenyatta and opposition leader Raila Odinga.

“A lot of organisations consult me to do training for some of their political parties and their associates,” he noted.

Mr. Mac Manu, in the company of another Ghanaian, had arrived in Kenya purportedly as part of a delegation to observe the country's general elections to be held on August 8, 2017.

He was the leader of a team of Democratic Union of Africa (DUA) International Observers to Kenya.

Narrating the instances that led to the Government of Kenya preventing his entry into the country, Mr. Mac Manu disclosed that a parody account on Twitter was circulating fake news about his alleged involvement in the elections prior to him arriving in the country.

“I was invited to go and train the Kenyan opposition on election results management and they had their own intelligence, that the man is coming today and so they block him from getting access to our opponents, so I was refused entry at the airport and brought back to Ghana.”

Mr. Peter Mac Manu, who has built a reputation as an elections observer and political consultant over the years, added: “those who belonged to the opposition said that was wrong and the Government thought differently. It generated a lot of controversies.”