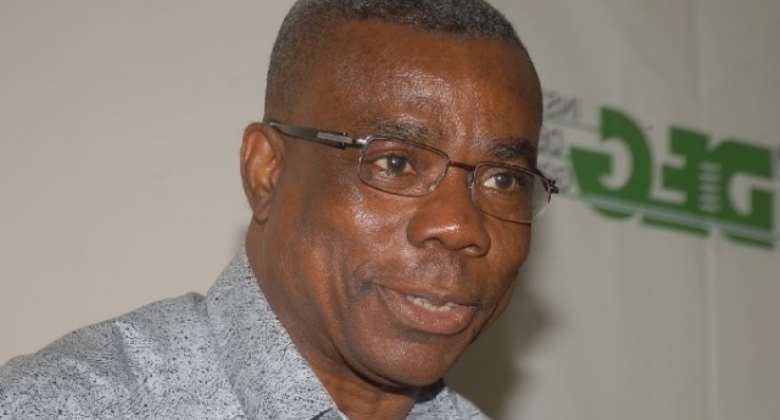 Mr Peter Mac Manu, leader of the 2020 national campaign team of the governing New Patriotic Party, has described his team as “solid.”

He observed that each member is poised and well-positioned to contribute to the effective prosecution of the “3Ms” campaign task that will lead to victory, the NPP, in the December general elections.

He explained the “3Ms” campaign task yesterday in an interview: “Our campaign task will revolve around the '3Ms' of money, mobilisation and messaging. We have a strong party and candidate. What is left is to find the appropriate message that will touch the hearts of the electorate, and we will reach the people through mobilisation, and we need money for that task.”

Mr Mac Manu led the party to secure an overwhelming victory in the 2016 presidential and parliamentary elections. He was the party's National Chairman from December 2005 to February 2010. Before then, he had served as the Western Regional Chairman.

“When I was the National Chairman, Lord Commey was my Organiser and John Boadu was my Youth Organiser. Both have excellent organisational and mobilisation skills, and they will be supported ably by Sammi Awuku, our current National Organiser, who is also a solid guy. And for Afua Asabea, she has a solid corporate background and image which will enable her carry out her work effectively,” he said of his team members.

“It is also instructive to note that the party is strongly represented on the campaign team. With the exception of Asabea, the rest are all party officers, current and past. That is very good to ensure that there is unison in the campaign in dealing with the party, government and campaign team,” he added.

The party's General Secretary, John Boadu, retains his previous position as the Director in charge of Logistics and Operations for the campaign. Mr Boadu occupied that position during the previous campaign by virtue of his appointment as the Acting General Secretary, while retaining his original position as the National Organiser at the same time. Per the NPP constitution, the General Secretary is the chief operations officer of the party. His role in this years' campaign is more than mobilisation, a tasked placed on the shoulders of Lord Commey. J B, as he is affectionately called, is expected to lead the effort in ensuring complete harmony among the party, government and campaign team.

Mr Boadu served with both Lord Commey and Mac Manu as national officers at the same period. A politically experienced man, he served as a polling station chairman and polling agent for the NPP at the Korle Bu Polling Station in Accra, from 1996 to 2000. From June 1999 to November 2002, he was Constituency Secretary in Ablekuma South, Greater Accra Region.

Mr Mac Manu will be assisted in his role as the campaign manager by Lord Commey, Director of Operations, Office of the President, and a former National Organiser of the party. He has been tasked with the role of mobilisation, which is more or less a sub-set of the Operations.

Young, versatile and dynamic Sammi Awuku, National Organiser of the party, will be playing the role of assisting John Boadu in his operational duties, in the same way, he will be assisting Lord Commey in executing his mobilisation duties.

The academic-cum-politician, the current Minister of Zongo and Inner Cities Development and a former Minister of Information, is a deputy campaign manager in charge of communications. He has been charged with the duty of effectively coordinating party-government-campaign communications to ensure harmony. He will also be playing a special role in mobilising support in the settler communities across the country.

Between 2002 and 2005, when Lord Commey was the National Organiser, Dr Abdul-Hamid was the National Youth Organiser. He was later appointed Spokesperson for the Akufo-Addo campaign in 2007, serving in the capacity till 2018. In government, he was first appointed the Minister of Information and Spokesperson to the President, with the current Minister, Kojo Oppong Nkrumah, serving as a deputy under him.

A renowned academic, Dr Hamid, until his appointment into the Akufo-Addo government, was a senior lecturer in Religious Studies at the University of Cape Coast.

The Chief Executive Officer of the Ghana Export Promotions Authority is a deputy campaign manager in charge of fundraising (Money). Dr Afua Asabea Asare is a corporate and cross-cultural trainer and strategy enthusiast, known for her extensive knowledge in Integrated Communications and Organisational Development.

With 26-years' worth of management experience working in a variety of corporate environments and having a knack for entrepreneurial ventures, she brings an in-depth wealth of experience to her role as the woman to spearhead the party's fundraising efforts.

The former Head of Corporate Affairs at Ghana Telecom is also expected to make a huge contribution to the campaign's communication strategy, just the same way she will be playing a special role in supporting the women's wing of the party in the mobilisation of women.

She is a recipient of the 2019 Women in Transformational Leadership Awards (Governance category) and was also recently inducted into the 2019 West African Nobles Hall of Fame as an award recipient.

Away from her office desk, you can find Asabea in her art studio where she paints on canvas, creates life-size mosaic works of art and ingenious handicrafts using recycled everyday household items.