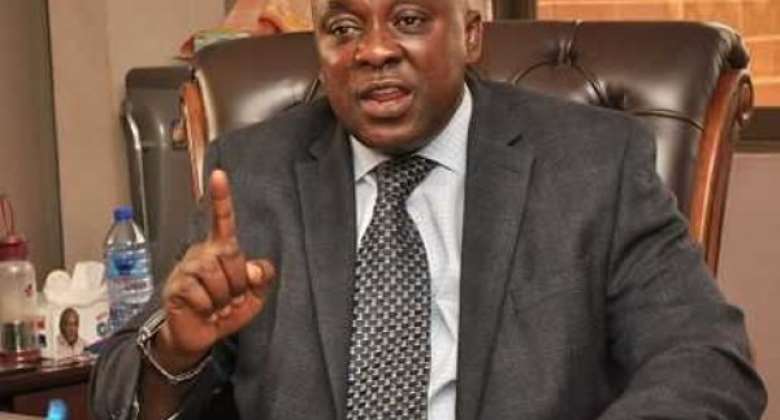 A Deputy Trade and Industry Minister, Carlos Ahenkorah said although the government would continue to welcome criticisms, they would however not accept the criticisms that were without alternative suggestions.

In a statement copied to the Ghana News Agency in Accra on Friday, Mr Ahenkorah said the former President recently criticized the handling of COVID-19 pandemic and the economy and yet was unable to offer workable solutions.

He said since his defeat in the 2016 general election, the former President had not come up with extraordinary policies or programmes to show the people that they were wrong in voting him out.

He said Vice President Dr Mahamdu Bawumia's response to the former President's assertion on the economy was apt.

Responding to the former President, the Vice President said Mr. Mahama had no right to criticize the Government's handling of the Covid-19 relief when he was spending his time nit picking on everything that the Government did rather than helping with usable solutions.

There have been public responses to the effect that the Vice President went off kilter with his comparison of 'dum sor' with Covid-19 but Mr Ahenkorah said the response was spot on.

“We have a crisis on our hands and the government is holding the bull by the horn, why is it that the ordinary people are not complaining, but the former President is complaining about the way the Government is handling the issue? As the people approve of the Government's response, Mr. Mahama's negative response marks him out clearly as a man who can never help Ghana.”

Mr Ahenkorah dared the former President to come up with workable solutions to the crisis that would have been better than what the Government is providing in its response to Covid-19.

“He should bring his solution because he is a potential leader, what would he have done in this situation. Bring it up and let us compare and contrast!” Mr. Ahenkorah said.