I Was Once Sold Out For Human Sacrifice – Mr. Ibu 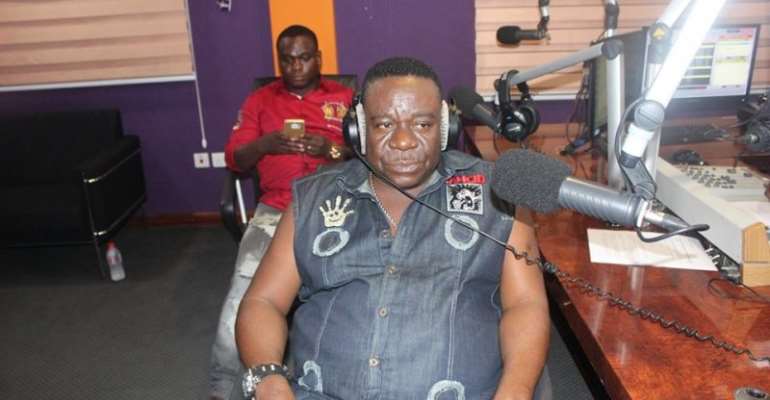 Nigerian comedy king, John Okafor more commonly known as Mr. Ibu has revealed for the first time he once escaped an attempt by his friend to have him killed for sacrifice.

Mr. Ibu who was a special guest on Starr Chat with Bola Ray on Starr 103.5FMWednesday said although he was already sold out by this friend, he managed to escape by the “Help of God.

“This is something I haven’t spoken about anywhere,” he told Bola Ray.

“A friend of mine sold me for sacrifice once. I was just there and they were calling price over my head like that. Speaking in their local language thinking I wouldn’t understand but I understood everything.”

Ibu said the incident happened somewhere in 1979, before he started acting.

The Nollywood actor is considered to be one of Nigeria’s most talented comic characters.

His humorous acting is often characterised by stupidity, hilarious imbecility and a sharp disconnection from reality.

Okafor is married with seven children and has said he would do anything for his family.

According to him, he considered selling off his kidney to save his family when they were all kidnapped by armed men.