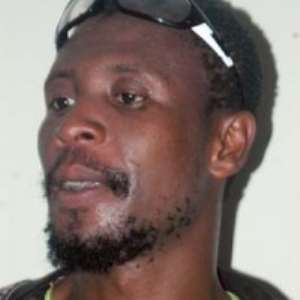 HIP LIFE artiste Okomfuo Kwaadee is back in the news for another amorous reason, months after he denied he was in a sexual relationship with his ex-manageress, Akosua Puni.

Kwaadee has dropped hints about his love life, saying that he was strongly attached.

However, he did not give clear signals to the effect that he would be walking down the aisle with the lucky lady anytime soon.

Also, he did not give too much detail about the identity of his lady love, but he gave hints of being happy and everything going smoothly for them.

On Saturday, the musician, who not long ago returned from rehab, went public with some details of the lover.

He said on Anita Owusu's Morning Ride show on Metro TV, that he was dating one, Jennifer.  'Yes I have a girlfriend and her name is Jennifer,' he told the host, adding, 'We have been together for about a year now.'

This is the first time NEWS-ONE has heard Kwaadee talking about someone dear to his heart after his denial of Akosua Puni.

He earlier said that he would settle down and marry at the age of 30.

Perhaps, Jennifer is the beauty queen Kwaadee is preparing to settle down with. But is Kwaadee not thirty yet?

Okomfuo Kwadee, born Jerry Anaba, started his musical career at the age of 21 in Kumasi.

He is noted for using proverbs, as well as his unique story-telling lyrics. He hails from Navrongo in the Upper East Region. He attended Martyrs of Uganda Preparatory School in Kumasi before moving to Navrongo Senior Secondary School.

Kwadee has hit trucks such as 'Kwadee,' 'Metoaso,' 'Nsem Pi' and 'Okomfuo Se Koo' to his credit. His latest work is 'Me Nie', which has the popular hit track 'Afie Koraa Na Mabodam'.

The album was produced by Abraham Ohene-Djan's OM Studios.