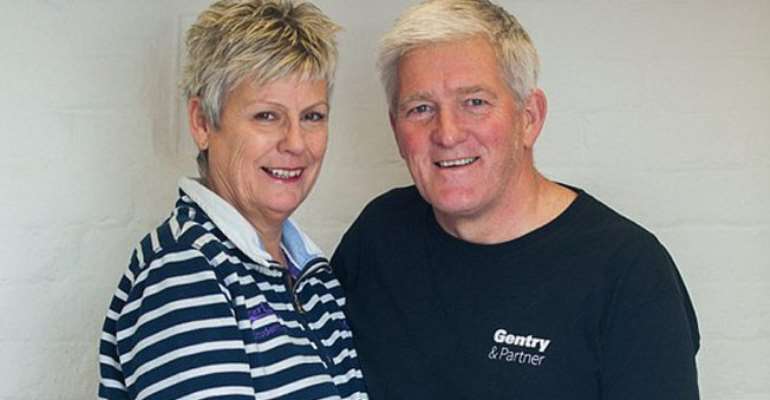 A couple born on the same day in the same hospital and married each other 22 years later, now about to celebrate their 60th birthdays together, Exeter, Devon, UK.

Dave O'Callaghan and Jane Hammond were both born on January 26, 1955, in the same hospital but didn't meet again until they were 17. And although Dave dated one of Jane's friends for a while, the couple soon fall in love with each other.

And on their joint 21st birthday Dave proposed to Jane, before marrying the next year. The couple have now been married for 38 years, they have two grown daughters and are celebrating their joint birthday on Monday next week.

Talking about the bizarre coincidence of their parallel lives, Jane said, “The same day, the same year and the same hospital is quite unusual. People are very surprised when we tell them our story. Their reactions make us realise how rare and special it is.

The couple didn't meet until they were 17
But we have never really made much of it. We have been together for 42 years and it is just something we have lived with. Plus, there is the biggest advantage of it – we never forget each other's birthdays.”

If Nana Addo has brought Free SHS, what else can't he do for...
43 minutes ago