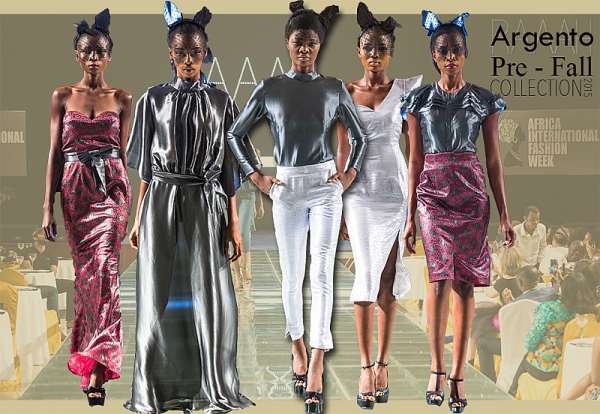 Not only did Rahima wowed the audiences with a selection of looks from her debut Spring/Summer 2015 collection 'Fly/Fly Higher' and her pre-fall 2015 collection 'Argento' she also impressed Nigerian media personality Toke Makinwa who interviewed the designer on Rhythm FM and requested a bespoke fitting and Lami Phillips who dazzled in RAAAH at The Future Awards two days after RAAAH's Lagos debut.

Africa International Fashion Week proved a great end to what has so far been a brilliant eight months for the designer who launched her label in April 2014. Following a successful exhibition at UK's biggest trade expo Pure London and runway debut with her first collection at Africa Fashion Week London in August, RAAAH first showcased on the continent in designer's native Zimbabwe during Zimbabwe Fashion Week 2014 where she was nominated for the Designer of the Year Award.

Mohamed was also named as one of the “15 African Women to Watch in 2015” by New African Woman magazine. Her designs have also been worn by Nigerian celebrities Tiwa Savage, Lami Phillips and Seyi Shay.

During her time in Lagos, Rahima also got to check out a number of stockists with a view to stock RAAAH in Lagos in the coming weeks. The designer also met with designer extraordinaire Deola Sagoe to take invaluable tips from the doyenne of African fashion.