What your facial features say about your personality 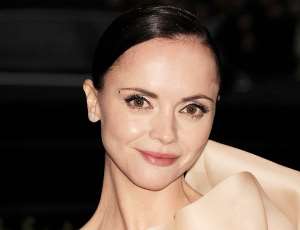 Say what??! "Yes, your face is saying something," says Jean Haner, an expert in face reading and author of The Wisdom of Your Face. "You're born with the features you have for a reason. The face is a map of your personality as well as your whole life."

Hot off the heels of a study that revealed whether you're a fling or wife-y material, we wanted to know more about what our eyes, nose, mouth, etc., are telling the world. Here, Haner lays out what your facial features communicate about you (or your BF or BFF), based on her studies in 3,000-year-old face reading derived from Chinese medicine.

A Rounded Forehead
"What we look at most are the shapes of foreheads because they reveal a lot about a person," says Haner.

"If you have a rounded one, like Christina Ricci, it typically means you're creative, artistic, highly emotional, but not always logical.

A Slanted Forehead
If your forehead slants back, like Ryan Seacrest's, that usually means you're someone who is entrepreneurial and likes to get results, but doesn't like to talk about their personal self," Haner says. "If you're dating a person with a slanted forehead, know that they tend not to want to talk about the relationship and would rather just do their own thing."

A Flat ForeheadBrad Pitt
If your BF or GF has a flat forehead, like Brad Pitt, Haner says that he or she will most likely like to think on things before taking action.

Strong Eyebrows
"The stronger they are on someone's face, the more self confidence they have and the more driven they'll be," Haner explains.

If you have a brushy set of brows, like Camilla Belle's, in addition to having confidence, Haner says, "you'll also tend to take a logical approach to life and have a strong sex drive. Even more, you'll be able to deal with strong emotions and stand up to people more easily."

Naturally Thin Eyebrows
If you were born with naturally thin eyebrows, like Paris Hilton, it doesn't mean you have zero self confidence, "it does mean that you might struggle with self confidence here and there. However, there will be other features on your face that will show strength in other ways, so don't give up hope," Haner notes.

Plucked, Super-Thin Eyebrows
If you're someone who plucks their eyebrows thin, like Pamela Anderson, Haner says beware: "This very action is believed to reduce your ability to be assertive, and this facial feature can actually attract abusive partners into your life. The Chinese theory behind this is that as you pluck away your brows, you take away your strength, since that's what your eyebrows stand for."

Big, Beautiful Eyes
"Our eyes give away our communication style," explains Haner.

"Wide-eyed people, like Zooey Deschanel, usually have an open heart and tend to talk a lot. They'll talk to strangers, opening up to them, and they often think that's how everyone should be."

Taylor SwiftSmall Eyes
People with small or deep-set eyes, like Taylor Swift, are more reserved and skeptical-they hold their cards close to their vest, Haner explains. "This facial feature also signals that it takes a while to earn their trust, but once you have it, you'll have it forever."

A Prominent Nose
"The Chinese say the more prominent your nose is, like Lea Michele's, the more you care about the quality of your work and the more you'll notice details that others miss, for example that the picture on the wall is crooked. It also means you're picky, sensitive to little things, and that you're a perfectionist that likes to plan ahead," Haner says.

A Small Nose
Those with smaller noses, like Ashley Greene, tend to have a motto: I work smart, not hard. Meaning that they're not total perfectionists, but they like to be efficient. These people also aren't so focused on every tiny little detail, so they don't sweat the small stuff, Haner explains.

A Large Mouth/Full LipsAngelina Jolie
"One of the main messages the mouth gives is how you are in relationships. It shows how nurturing you'll be, how giving, and how well you speak the language of relationships (aka how important they are to you)," says Haner.

"If you have a larger mouth or fuller lips, like Angelia Jolie, it usually means that friendships or relationships are really important to you and you're a naturally giving person. This is also the sign of someone who wants to be a mother," she adds.

A Small Mouth/Thin Lips
If you have a small mouth or really thin lips, like Daniel Radcliffe, this usually means you're not someone who has to be attached at the hip. In other words you need space and privacy and don't need to be with your partner or friends at all times, says Haner.

Larger Bottom Lip
If the lower lip is larger in comparison to the upper lip, like Katy Perry's, it means you're a pleasure seeker and that you love the joys in life. However, you have the potential to enjoy life a bit too much and make the choice to go after pleasure instead of stay in balance, explains Haner.

"Conversely, if the upper lip is larger, it can mean that you tend to create drama in relationships."

Kristen StewartA Strong Chin
"The chin stands for your level of will power, your stubbornness, your tenacity," says Haner.

"The more prominent the chin, like Kristen Stewart's, the more stubborn you'll be, but you'll also have the ability to withstand tough times. The chin also correlates to the level of testosterone in the body, so you'll have a higher sex drive. Those with a strong chin are also super independent, so they could struggle with monogamy.

On the other hand, those with a small chin [when it doesn't stick out and isn't a prominent feature] can lack self confidence and willpower. They can often feel like they don't have the strength to make it through when the going gets tough, but that's not necessarily true. It's more of their belief system that they don't think they will be able to push through, so they give up."

Strong, Round Cheeks
"Cheeks stand for the ability to speak up-they're a sign that you can manage a staff and give good advice to people whether or not they ask for it," explains Haner.

"The more prominent your cheeks, like Jessica Alba's, the more likely it is that you'll hold a position of power, speak up, and give great advice."

Flat Cheeks
Haner says, "If you have flatter cheeks, like Rihanna's, it mainly means that you most likely don't like to give orders or take them."