Akuapem Poloo and the majority Lukewarm church of Ghana

My story of redemption and coming back to church. The hypocrisy of Christianity
By Akosua Tuntum Nahana 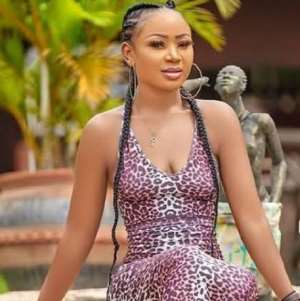 I grew up in church. In my early childhood, I loved church. I loved reading the bible, I loved God and I loved most people. I loved praying, praise and worship and God were so beautiful to me. I was young so I didn't really understand the dynamics in church and Jesus said whoever wants to enter heaven must be like a child. I guess it's because most children are sweet and accepting. Then I turned nine. I moved to England. I went through a couple of churches and I found a second family in what is my church now. I always loved my pastor and some senior members of the church. Then something happened I went to school with some so-called Christians. I went through a period of a lot of pain where I questioned if God was real. I loved to read so I researched into Atheism, agnosticism, Rastafarianism and as I got older into traditional religions. I'm a Christian because I want to be and I've seen God is the best. That's not the point of this article. The point is how the church can be so judgemental it pushes people away. The church is meant for sinners, not just the self-righteous sinners, but all types of sinners. I hear it all the time, people say they're sinners and the church is a place for healing so they can be as rude, ungraceful, judgemental and self-righteous as they want to be. Yet woe to you if you are LGBT+, smoke, drink, wear revealing clothes or hang out with 'sinners'. All sinners are equal but some sinners are more equal than others.

The church has become a hub to judge people by appearances. Growing up some Christians labelled me as a bit of a misfit. They tried to assimilate me into what their view of a Christian was. As far as I was concerned they were mean and ignorant. A lot of people found my friends to be unique and different. I love the arts and I like to read so naturally I'm drawn towards quirky people and they're welcoming of peoples identities and don't try to put them into pigeon holes. They allow people to be themselves. That's why God says come exactly as you are and I will change you by my spirit. Not your might or power. From being bullied a lot I despise bullies. Now people may have this perception that somehow those they're rejecting on their basis of skewed Christianity somehow are upset by their rejection or will endeavour to be accepted. The opposite is actually the case they become despised, not because they're pointing out wrong and being honest. It's because they're not doing it with grace or love but to put others down.

It got to a point I hated the church and the people in it. It's only a few individuals that were christ-like I enjoyed. I know why Jesus liked hanging out with the ' sinners' ( the fact is we are all sinners) because they accepted him when the so-called righteous (also sinners) called him a carpenter's son and a heretic. They also said John the Baptist was a demon. I liked hanging out with people outside the church because they gave me love. I had no interest in going to some churches because when I was honest about my shortcomings they tried to make it seem like I was the biggest of sinners. Only because I didn't go around masquerading or portraying an image to be liked or respected by them. I came for God. That's why I kept coming. Other people don't have that strength and will just protect themselves and shut the door to the church.

It took me a long time to fully realise the goodness of God. I'm happy it did though because I learned to love people outside of the church. I learned not to judge them. I learned they were people with feelings. I knew how hard it is to struggle with sin, unforgiveness, life and identity, to have questions about if there is a God, which God was the right God, how can a good God let bad things happen, how can a good God make me feel so alone and insignificant. I've mingled with some misfits, Christians, LGBT + people, witches, atheists, agnostics, basically people from different walks of life.

Being bullied as a child allowed me to feel for people. It's easy to point fingers but remember, I know most don't care because they think other people deserve their harsh criticisms because they call it 'truth telling' yet can't tell their friends in the church to stop when they bully others. There's a person's soul you're destroying at the end of it. Being happy people may be out of touch with God or are going to hell is not christ-like. I thought the job was to spread the good news not gossip or condemn. Most people pointing fingers should be more worried about going to hell themselves. I'm slowly learning about this real God.

This kind God. This loving out of this world generous God. He's not the God of doom and thunder when you do something wrong. He is not mean. He's the God of the brokenhearted, the rejected, the prostitute, the broken in spirit, the outcast. The one struggling with sin and faith. He is the God of the pagan roman General, samaritan and the jew. He is God of all. He welcomes all to his salvation. Including the judgemental self-righteous ones too. The 2 commandments God gave are harder than any unnecessary and useless man-made ideas about what constitutes as a Christian. To love God and love our neighbours as ourselves. The hardest thing to do is love. It rips you of yourself. You have to die to your flesh to love. Love is not easy. I struggle with love every day. I don't even like people. It's funny I'm nice to those I feel are rejected. I'm very mean to bullies. We all have things to work on. It's better we focus on that and preaching the good news.

A poor girl called Akuapem Poloo had a naked video shoot with her son. She's been sentenced to 3 months in prison and the charlatans are jubilating in the name of Jesus. It's more important to be righteous than right. I seem to recall that Jesus went after the corrupt money makers in the temple with a cane. It will be great if we bring those false thief pastors, mallams, politicians and ordinary corrupt Ghanaians to justice. I also seem to recall Jesus leaving his harshest criticisms to the Pharisees. Don't get too excited when you think what you think is wrong is being punished. This girl has done nothing to some people. They're just that they're happy she took her clothes off and got punished. Some Christians actively enjoy talking about people going to hell like it will be a grand party.

The problem with the Lords and lady flies of our Lord is that they don't think they need to repent. All their friends praising them won't get them to heaven. You can't lie to God. He knows you 100 per cent. Jesus is the only way truth and light. I would work out my salvation with fear and trembling. Even Paul with all he did for the gospel to the point of going to jail (how many in the name of Jesus I condemn people will go to jail for God) didn't even think it was certain he was going to heaven. He wasn't complacent. Yet some, who are nowhere near Paul, have the key, the door and are God's mouthpiece. Even Moses almost didn't make it. Heaven is not cheap to enter.

Latest Photo Reports
Catch up with all the political quotes from our politicians.
Advertise here
More Spirituality & Religion
ModernGhana Links
Happy Easter-death could not hold him. The greatest love there ever was.
"My father was Muslim, my mum was Christian" — Wizkid shares life story
Why We Ask And Don't Get From God
Hope In His Rise... Thank God I'm Born Again
Happy Easter In The Times Of Coronavirus
Prodigal Daughter Returns
Poetry: The Church Needs To Shepherd Even The Hurt Sheep
Merry Christmas
You Are Not A Christian Not To Suffer [Part 2]
TOP STORIES

FDA, Police clamp down on tramadol abuse in Ahafo region
26 minutes ago

C/R: Man attacks girlfriend with machete; leaves her with cu...
33 minutes ago