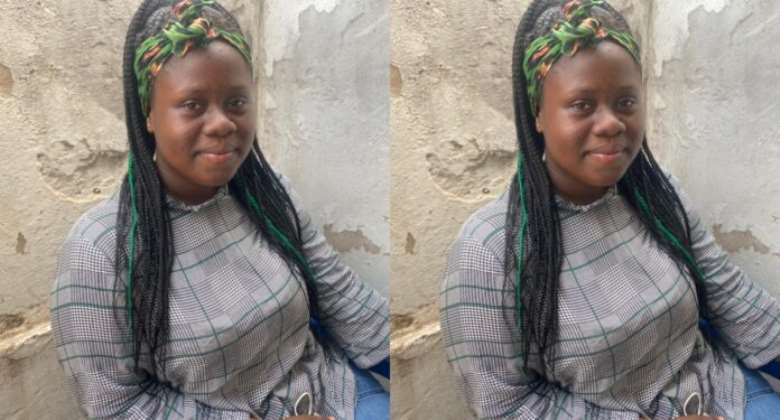 A Ghanaian lady identified as Daisy has made an interesting disclosure about her boyfriend.

According to the 22-year-old entrepreneur, she has dated three boyfriends in her entire life but the one she is currently with is indescribable as far as $ex is concerned.

During an interview with First Lady of Browngh.com on the 'Adwuma Adwuma' show, Daisy said her boyfriend 'fingers' her so well in bed.

But according to her, she doesn't moan or make any sound when receiving her boyfriend's dick.

Stating her reasons, she said it's not necessary to moan during $ex regardless of the styles or minutes you last in bed.

She continued that she prefers lying down and enjoying everything within than moaning on top of her voice.

Daisy also noted that her boyfriend is not the type who takes inspiration from moaning. Whether moaning or not, her boyfriend performs better according to her.

Latest Photo Reports
Catch up with all the political quotes from our politicians.
Advertise here
More from People & Places
ModernGhana Links
Like Asamoah Gyan, Everybody Needs An Autobiography ― And This Is How Scribe Helps You To Have One!
Meet St. Augustine's Old Student turned U.S. Navy Sailor serving at Naval Air Station Sigonella
Meet Princess E. Yeboah, a rising Ghanaian model & youtuber
TOP STORIES

Your exceptional leadership in West Africa appreciated by US...
37 minutes ago