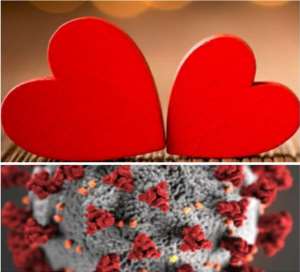 “When I finally decided to settle down, nothing was going to stand in my way”. That was what he told me a few days after his traditional wedding.

That Saturday morning was my cousin Kwabena’s big day: his traditional marriage to the love of his life.

When Kwabena informed our family of his intentions to settle down, most of us had doubts and reservations but held on to faith and a little hope that it would be. To our family, this was by no means mere achievement. One will only understand this well when they have a close relative who is still single at 40-something years of age and finally decides to settle. Not to talk of the long, winding road he had to travel to come this far amidst disappointment and heartbreaks.

As I was years ahead of him in the department of marriage, the Christmas period afforded us some time to spend together planning towards the day and by February, plans were far advanced and nothing was going to change, at least, so we thought.

As the Coronavirus pandemic attained a tsunami level and threatened many lives and economies, Ghana was not spared its brunt as the very first case was recorded on 12th March 2020.

With Kwabena’s engagement date approaching, it became apparent that we were in for a gloomy journey as the nation and indeed, the entire globe had begun feeling the impact on different scales.

The reality however sunk in well when the President of the Republic, Nana Akufo-Addo announced the New Public Gathering Advisories on 15th March 2020. Among the list was for Ghanaians to practice social distancing, but a determined Kwabena was not perturbed by the new measures and remained focused on his plans towards his big day.

His first strategy was to trim down the guest list from an initial 300 to 25 in accordance with the social distancing guidelines. A task that would become a daunting one as it was difficult choosing from a list of equally important guests. This meant having to brace himself to make enemies in the process.

His next move was to cancel or trim down some orders and bookings to reflect the new guest list and make corresponding calls to inform some initially invited guest that they could not make it to the final 25 - the most difficult calls he would probably make his life.

……“So, effective 1am on Monday, 30th March, some forty-eight hours from now, I have imposed, pursuant to the powers granted the President of the Republic, under the Imposition of Restrictions Act, 2020 (Act 1012), restrictions on movement of persons in the Greater Accra Metropolitan Area (GAMA, which includes Awutu Senya East), and the Greater Kumasi Metropolitan Area and contiguous districts, for a period of two (2) weeks, subject to review”. These were the very words of H.E the President on Friday 27th March that brought businesses and lives to a standstill. A broadcast made around 11:00pm, barely ten (10) hours to Kwabena’s big day. What was he to do?

The first thing I did when I woke up the morning of Saturday 28th March 2020, around 5am, was to call him to ask if anything had changed. This call was necessary because President Nana Akuffo-Addo had announced a partial lockdown of the two major cities in Ghana: Accra and Kumasi on the night of Kwabena’s marriage to the only woman who had managed to pin him down.

I could sense the frustration in his voice as he told me they were making a few last-minute adjustments due to the lockdown. These calls were to inform the privileged few invitees that the starting time had been moved to two hours early. This was to make enough time available after the event for guests from Kumasi and especially those from Accra to be able to travel back home before the lockdown took effect.

All goes down in Asante Mampong

Mampong, the hometown of Kwabena’s bride is also the hometown of renowned highlife musician, Akwasi Ampofo Agyei (late). The town with rich Ashanti history and culture usually buzzing and always attempts to blow away the cobwebs, but this time, residents had only gathered to discuss and debate the impact of the lockdown.

The typical pomp and pageantry that would greet any couple and visitors arriving in town for a marriage ceremony was missing, but Kwabena had endured even harsher situations than that. The solemn traditional rites were successful and duly performed without any drama or hindrance.

After all the frustrations and uncertainties, Mr. and Mrs. Obom have eventually begun their marriage life, and even though in a partial lockdown, Kwabena is with the love of his life and says, though the future is uncertain, the immediate one is not any better as he does not know when they can step out to enjoy their new life and status.