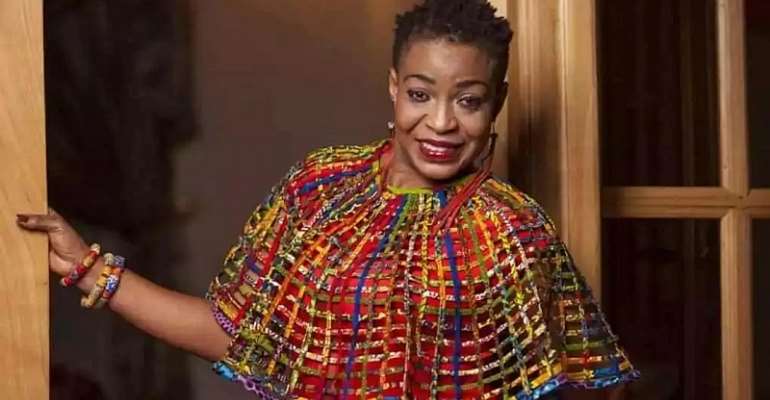 Veteran actress Ms Akofa Edjeani has said women would make better Presidents for Ghana if given the opportunity.

The 51-year-old actress believes a woman would be a good leader for Ghana should one be elected as president.

Ms Edjeani told Eddie Ray, host of Kasapa Entertainment on Kasapa 102.5Fm women are good managers and can handle the affairs of the country well.

The veteran actress reacted to the public perception that women cannot make it at the highest but described such perception as unfortunate.

She indicated that although women are guaranteed political participation rights under the 1992 Ghana Constitution, there is few female representation in government.

The President of Women in Film and Television [WIFT Ghana] said she is surprised at those saying Prof. Naana Jane Opoku Agyeman would not be able to deliver as the running mate to John Mahama.

According to her, women tackle issues better and can manage the affairs of the country far better.

Ms Akofa Edjeani noted that women are good servants and are able to make difficult decisions.

“If it is about serving, women are chosen for that task so why run this great woman down. Most of the hard decisions are taken by women and not men. I don’t know why women are rejected when they get the opportunity to serve as government officials. Most women are managers of the house.”

According to her, Mahama appointing a woman as a running mate is just a preliminary suggesting that a woman should be the president of Ghana.

When asked what she can offer if any government in power gives her the opportunity to serve or give a bit of advice to help restructure the creative arts sector, Ms Edjeani said “I will advise the government to establish a separate Ministry for Creative Arts. Tourism sector gets more support than Creative Arts so it will be of importance if a new Ministry is set up for it. Successive Governments have bullied the Arts sector for so long. Formerly, Arts and Culture was added to the Information Ministry and Sports Ministry."

She continued, “I think successive governments didn’t know the importance of Arts and Culture that is why even now it has been added to Tourism. Arts sector should be a Ministry on its own so it can function effectively.

“If the foundation of your building is weak, the building will certainly collapse in no time. I’ll also advise the Government to resource the National Commission on Culture to make it more efficient and effective,” Akofa noted

Speaking on Counselor Lutterodt’s recent comment about rape victims enjoy the act, the veteran actress described such statement as unfortunate and uncalled for.

“Counselor Lutterodt’s license must be revoked if he is truly a registered. He is gone overboard so he must be sanctioned and taken off all media platforms,” she added.

Advocates have been campaigning to get Parliament to pass the Affirmative Action Bill to compel political parties and agencies to recruit more women.

GHS Beg Striking Nurses To Consider COVID And Return To Work...
14 minutes ago