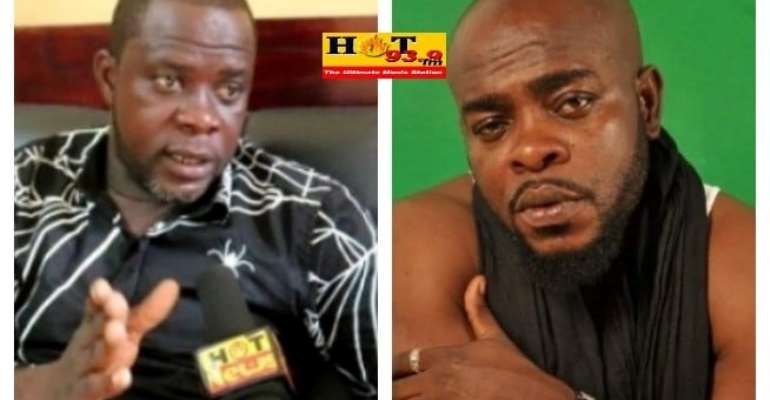 It would be recalled that Karim Alhassan aka Ahenfo in his remarks about the death of Kofi B revealed that though unexpected, is an indication it is time for him [Ahenfo] to shine.

Reacting to Ahenfo’s remarks in an interview with Sandra– host of Showbiz on HotNewsgh TV, Belinda Obeng who is the younger sister of Kofi B, accentuated sorrowfully that it’s extremely unusual for a person in his right senses to make such comments at the time when Ghanaians have expressed shock to the demise of her beloved brother.

According to Belinda, the Ghana Police must arrest and investigate the ‘Odo Mu Odo’ crooner in order to ascertain the real motive behind his comments.

Speaking on Showbiz Xtra’ hosted by Doctor Cann on Happy FM,Ahenfo who was asked to apologise for making such a remarks about the death of the ‘MMobrowa’ crooner, posited that he doesn’t regret saying that:

“Why should I apologise? What am I apologising for? What I said wasn’t in the mundane manner which should warrant an apology ..What I said was that even though it’s sad that Kofi B has died, I think it’s good that he is dead because I believe God took his life to pave way for me to replace him… He was doing dormant singing – the same type of singing I do so he died so that Ghanaians would also see the talent in me,” Ahenfo said as monitored by HotFMGhana.com

Apart from ‘Odo Mu Odo’ that features Kofi Kinaata and produced by award-winning sound engineer, Kin Dee,Ahenfo is also out with another explosive highlife song titled ‘fantastic’—produced by SkyBeat.

Kindly watch the interview below