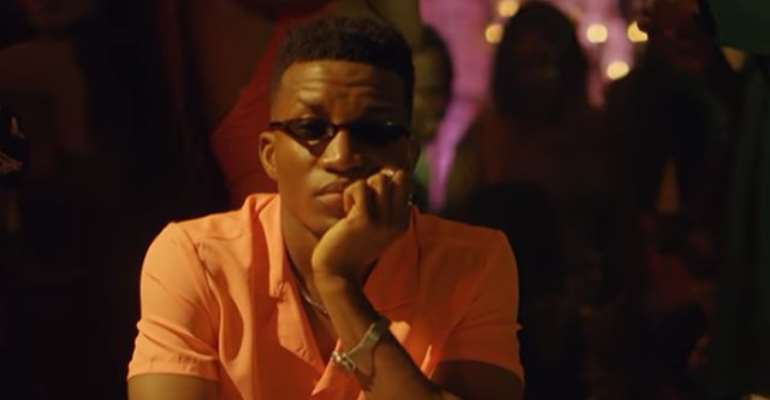 The song became a hit immediately after its release in October 2019. Ghanaians on social media instantly pointed out scenarios in the song they can relate to in daily life.

The song, which questions whether people indeed are worshipping God as they claim, did not only excite fans but had them thinking twice about the life they live.

Kofi Kinaata in the song is not afraid to call out people who behave like they are the perfect Christians to ever exist while committing the gravest of sins in their dark alleys.

The video is set in a church, in a club and also houses of some people who claim to be devout worshippers of God.

The ladies and men find themselves in clubs partying and drinking like there is no tomorrow. A landlord, who basically behaves like the church is his, throws out a tenant with a child who has literally nowhere to go.

A rich man played by the host of Hitz Gallery on Hitz FM, Dr Pounds, refused to help this stranded woman when she knocked on his door but in church sprays money on the pastor like he owns the Central Bank of Ghana.

In another scene, some boys playing a board game run away when they spot some preachers coming their way and a Muslim man steals shoes from the mosque after prayers.

‘Things Fall Apart,’ both the song and video, throws into the face of Ghanaians the pretentious lives they live while they try to convince people otherwise.

Since its release, many people, fans and industry players, have argued that Kofi Kinaata deserves a slot in the Gospel Song of the Year categories in the award schemes. According to them, ‘Things Fall Apart’ including some other songs of Kofi Kinaata are more Gospel related than songs from Gospel musicians.

Many fans in the YouTube comment section were impressed with Kinaata’s ability to paint a clear picture not only with his words but with his visuals.

Five hours after its premiere the song has 56,434 views and 12k likes.