Including Subject-Based Rap Music In Schools’ Entertainments To Promote Education 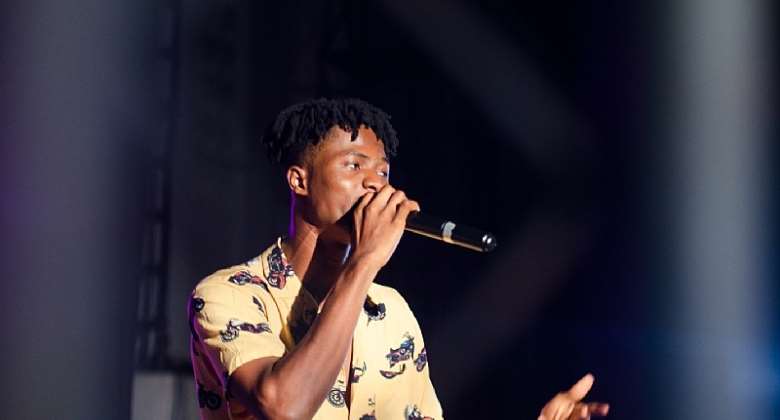 Nowadays, in the face of youths’ increasing preference for fun-filled activities, educating students can be more challenging as many educators now find teaching and learning activities in second cycle schools slowly reducing into their dull or inactive forms because they don't really fancy how entertainment and education could go hand in hand to benefit students.

Surprisingly, if students could sing and rap popular songs, precisely, but could fail to apply the same talent in itemizing and visualizing basic concepts in a classroom situation, then it means they’re becoming disinterested with the conventional pattern of teaching and learning.

Across the world, as part of efforts to make education sustainable, non-traditional educational strategies including edutainment are being given priorities in many basic and second cycle schools to complement long hour classes in order to increase learning among young people.

However, to make the edutainment aspects in schools more effective and productive, educators are now making sure the content of the edutainment is replete with fun elements to raise students’ interest in learning.

Interestingly, in Ghana's second cycle schools there already exist entertainment activities simply because policymakers have long recognized its relevance, since it's capable of transforming students into all-round individuals, because there's a popular maxim that says, ‘all work and no play makes Jack a dull boy!’

Fortunately enough, among the schools' entertainment activities is found music and dance with its forms and varieties including rap music. Indeed, rap which is a style of popular music that involves the use of recurring beats with rapid slangs, and boastful rhyming words, is revolutionizing popular music, globally.

In recent years, the euphoria that has come with rap music appears to be consuming the energies of the twenty-first-century youths, and the students in second cycle schools aren't exceptions.

Against this background, in order not to allow these students to copy the morally reprehensible forms of rap songs, rebranding its positive appeals to guide students to choose the right lyrics that'll promote learning is necessary if we want our young people to major in its positives in school settings.

For that reason, it’s important that the freestyle and rap music which students usually play during entertainments are reconsidered to include subject-specific raps.

To do that, students with or without rap talents in our schools must be encouraged to pattern freestyle lyrics around concepts and formulas from subjects including English, Maths, Integrated Science, Social Studies, and other elective subjects they learn in the classroom.

While many students would find normal classroom sessions boring, subject-based rap entertainment could be an amazing way of learning, since its approach is fun-filled by nature. I believe by combining this technique with conventional classroom learning, the unique edutainment strategy could turn education into a pleasurable venture in second cycle schools.

In effect, attempting to incorporate subject-based rap music in second cycle schools’ entertainment programmes could have far-reaching consequences: first, it could improve students’ mental power and boost their thinking capabilities, second, it could increase their problem solving and competitive mindset, and third, not only could it make learning experientially engaging and enhance the participants' retention abilities, but it could also foster peer-to-peer collaborations among students.

Much more, the subject-based rap music if adopted could form the basis for introducing an innovative teaching and learning strategy in second cycle schools, in the long run.