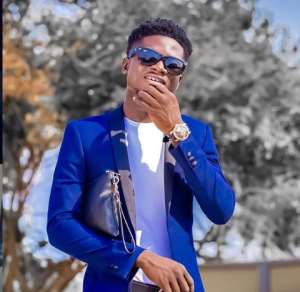 One person who was tipped by many entertainment enthusiasts to make history this year at the VGMAs was Lynx Entertainment super talented act, Kuami Eugene.

Prior to the 2019 VGMAs, Kuami Eugene released the most talked about album, ‘Rockstar’. He also had amazing hits off the album with songs like ‘Wish Me Well’ and ‘Confusion’ topping charts for weeks.

Though Kuami Eugene won three awards at this year’s VGMAs including ‘Album of the Year’ and ‘High Life Artiste of the Year’, he has revealed in a recent interview on the ‘Music Plus’ show on Kessben TV that he got hurt and disappointed he wasn’t given the ultimate award on the night.

Kuami Eugene made this known when he was speaking exclusively to Mr Bonez, host of the show.

According to the 2018 Most Promising Artiste in Africa, he was the most talked about musician in Ghana in 2018 due to the good songs he released, so he was really surprised he didn’t go home with the grand award.

Again, Kuami Eugene explained that his core fans voted massively for him so not winning the ultimate award really got to him.

Kuami Eugene thanked his fans for the support and love they always show him and promised to release a song that would be bigger than his current song, ‘Ohemaa’ in December.