I Don't Know When I Will Walk Down The Isle - Delay 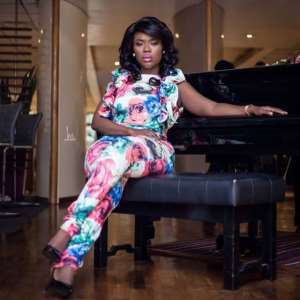 TV host and entrepreneur Deloris Frimpong-Manso popularly known as Delay has constantly being criticised for not married despite being 38 and successful.

In person and on social media, people keep telling her to get married but when Showbiz caught up with her at the Alisa Hotel last Thursday, Delay said she did not know when she will get married.

“I’m a spontaneous, free-spirited person. I take my life as it comes, so I don’t put myself in that box saying I am getting married tomorrow,” she stated.

The Delay Show is undoubtedly one of the most watched TV shows in the country and has stirred controversy while also giving the public more insight into their favorite personalities’ lives.

“It’s the passion and the love I have for it. It’s not like a job for me. I just love it, that is why even when I am sick, I still have the urge to shoot. I used to have a passion for radio and I have transferred it to TV,” she said.

Over the years, Delay has probed into the personal lives of a lot of celebrities through her interviews on Delay show.

She told Showbiz her most difficult interview was with footballer, John Paintsil.

“He gave me yes and no answers throughout. He was on guard, it wasn’t funny. It was a very difficult one for me,” she said.

Delay said although the celebrities also contributed to the success of the show, she brought an X-factor to it.

“There are lots of musicians in Ghana but Daddy Lumba has stood the test of time and remained relevant all these years,” she stressed.

Asked why she puts out a lot of information about her guests but everything about her is shrouded in secrecy, this is what Delay said, “I am not a guest on the show. I am just a host.”

Delay added that she is working on other projects which are different branches of the Delay Show.

“I have shot another series, the Delay Show is the tree and the others are branches. I am watering the tree and all others come later,” she noted.

Delay finally advise that; “Nobody gives you, power to succeed in life or business. You have to take it yourself.

"We should not let our roots, colour, looks, background or gender restrict us. We can be anything we want to be in life and I am a living proof of that.”