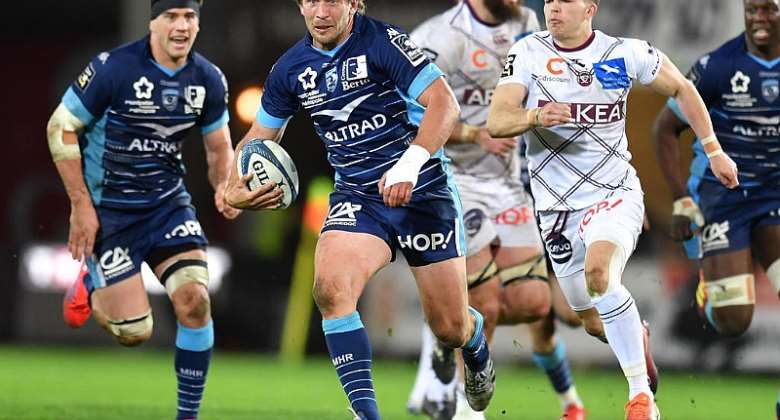 French rugby chiefs on Thursday scrapped the 2019/20 season after the French prime minister banned mass gatherings while unveiling measures to bring the country out of a lockdown imposed to fight the spread of the coronavirus pandemic.

Edouard Philippe said on Tuesday that professional sports should not be staged until at least the end of August as France negotiates with a disease that has killed more than 24,000 people in the country in four months.

The rugby season was halted in mid-March as the death toll in France started to rocket.

When play was suspended Bordeaux-Begles were eight points clear in the Top 14 and Colomieres led the second tier Pro D2. Neither side is likely to be offered the title nor will there be relegation from the Top 14 nor promotion from Pro D2.

"We propose to declare that this 2019-2020 season is at an end and focus on organising the launch of the 2020-2021 editions of the two championships from September 2020," the Ligue National de Rugby (LNR) said in a statement.

Talks
The announcement came after two days of discussions between executives of the leading 30 professional clubs and LNR bosses. Champions are unlikely to be declared nor will there be relegation nor promotion.

The decision needs to be formally cleared by LNR's steering committee.

And that appears inevitable even though France's sports minister Roxana Maracineanu suggested after Philippe's pronouncements on Tuesday that games could be staged behind closed doors.

Clubs must present plans to the sports ministry about what health precautions they will take for players ahead of the new season which is due to start on 5 September.