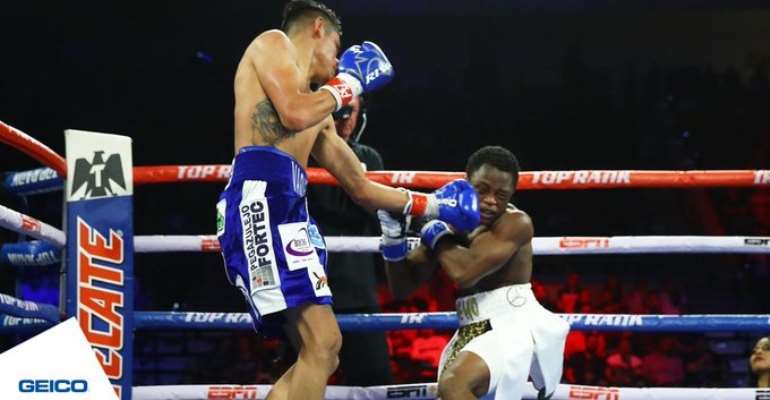 Dogboe first lost the Mexican on points in New York in December 2018 as he sought to defend it for the second time. He had put up a successful defence against Hidenori Otake in August of that year.

The second loss to Navarette came in May 2019 in a rematch and Dogboe was handed a 12th round technical knockout defeat.

The outcomes of the two bouts surprised many boxing fans and pundits as it was believed that Dogboe was in good shape heading into the two bouts.

In an interview with Nathaniel Attoh on Joy FM on Saturday, April 26, Paul Dogboe, revealed that certain rituals that were performed as he sought to repair certain family relics cost his son the world title and this was predicted by a Christian prophet.

“We were bringing a stool that had not come back to his throne yet. When you are repairing all these things, certain rituals will have to be performed and we had done all that.

"But the prophet told me that things would not go well. I told my son that the juju people said we were going to knock Navarette out in round two but the prophet said that could not be.

"I was in doubt but I did not know what came over me and I continued. People urged me to continue to repair the family palace and all that.

"Even with the rematch, I did not learn my lessons. Some people in my family said I had done something wrong and so, we needed to perform more rituals to correct what I had done. At the same time, the building was not done yet and so, I continued with the construction.

"Those people in the family came back to tell me that Dogboe would win the rematch in the 4th round. “

Dogboe has been working hard after those two losses to get back into the big time and Paul Dogboe has stated in several interviews that Isaac Dogboe will move up to the featherweight division.

NDC Member In Asawase Constituency Switch To NPP
6 minutes ago