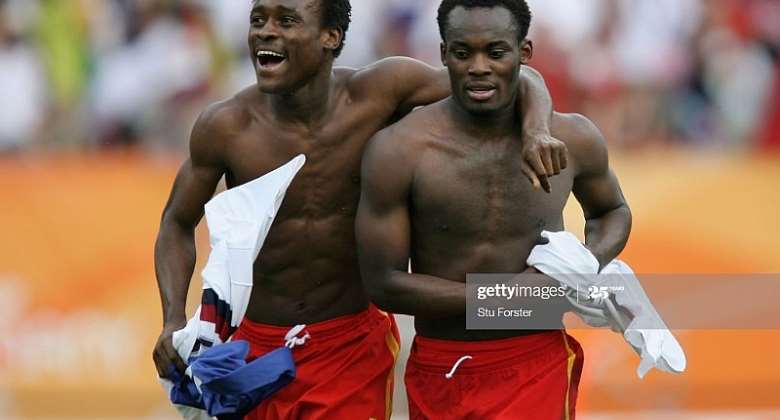 Former Ghana and Fulham midfielder, Derek Boateng applauded former teammate Michael Essien describing him as one of the best footballers reiterating the former Chelsea man deserved more credit than he gets.

Essien, 36, who started his playing career in Ghana hit the grounds running after joining Liberty Professionals in the Ghana Premier League before joining Lyon.

The former Real Madrid and AC Milan midfielder rose to become a kingpin in his prime and played a crucial role in Ghana's journey to book a place in the 2006 FIFA World Cup in Germany for the first time in the history of the country.

Despite facing criticisms for not being committed enough, Essien won many laurels.

“When people talk about Essien, I think they don’t really know him well,” Boateng who played with Essien at the senior national team, Black Stars for told Goal.

“I played with him at the Ghana U17s and we moved to the U20s together, we stayed in the same house in Dansoman, so I know this guy in and out. When I hear people say things not appreciating him, I know they are wrong – they don’t know him.

“Sulley Muntari for example, people judge him a lot that he is this or that, but no, they don’t know him. Essien has done so much and everything he achieved in his career is deserving because he’s worked so hard for it.

“No matter what people say about him, he’s a winner and a champion – you can never take that away from him.”

However, in 2005, Essien joined Chelsea for a club-record signing from Lyon.

“I would rate him among the greatest African players of all-time. When I’m putting down my [African] XI, Essien will be in the squad. He’s a great player. He’s done so much for Ghana, himself at the club side and he’s a good man. I’m happy for him. I respect him and we stay friends,” Boateng remarked.

“He should have won the African best player award, I think in 2006-2007 during his time under [Jose] Mourinho at Chelsea," Boateng continued.

“That time when he came second, we all thought he was going to win and we all felt bad he didn’t win it. He deserved it.

“I don’t think he cares o much about it now. He’s always a happy person and thinking positive.”

Boateng and Essien starred for Ghana at the 2001 Fifa U20 World Cup in Germany, where the West Africans claimed the silver medal and reunited at senior level for the 2006 World Cup and the 2010 World Cup in South Africa.