Fiorentina Yet To See The Best In Me - Kevin Prince Boateng 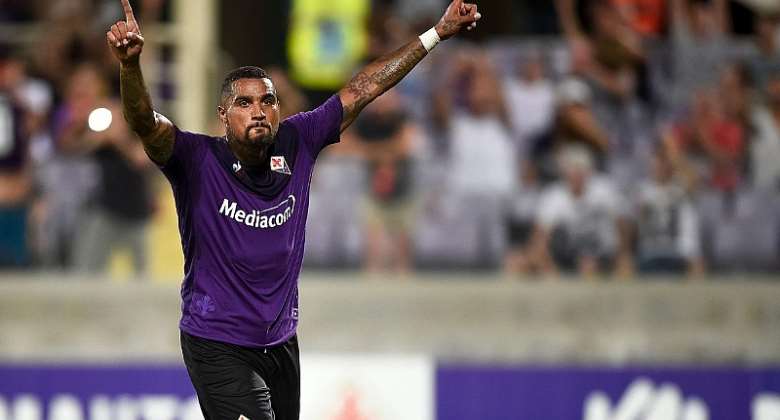 Kevin Prince Boateng has insisted that his days at Fiorentina is not over adding that he is yet to give out his best.

The Ghana international joined the La Viola from US Sassuolo after returning to the club from Barcelona.

After a half a season with teh Florenz club, the 33-year-old has joined Turkish Super Lig side, Besiktas on a six-month loan.

"I really came to Fiorentina with great desire. It was the right place, with hot fans," Boateng told Sky Sports Italia.

"Then I took the 10 [jersey] and I always had the pressure to score a goal or an extra assist.

"I'm not happy with how it went. In fact, I'm still a little angry because we haven't seen the real Boateng.

Boateng went on to open up about the difficulties he had working with Vicenzo Montella who was Fiorentina boss upon his arrival.

The former Tottenham Hotspur player also talked about his respect for Sassuolo boss Roberto De Zerbi but has no intentions of returning there.

"We [Boateng and Montella] didn't understand each other," he continued.

Boateng has scored two goals after six matches played for the Turkish club.

"An idea then he changed and for example, he no longer wanted the centre forward to meet the ball."

"De Zerbi brought me back the desire to play football and have fun. He is one of the strongest coaches I have ever had.

"Going back to Sassuolo? He doesn't want me anymore, I have already left twice [for Barcelona and Fiorentina]."