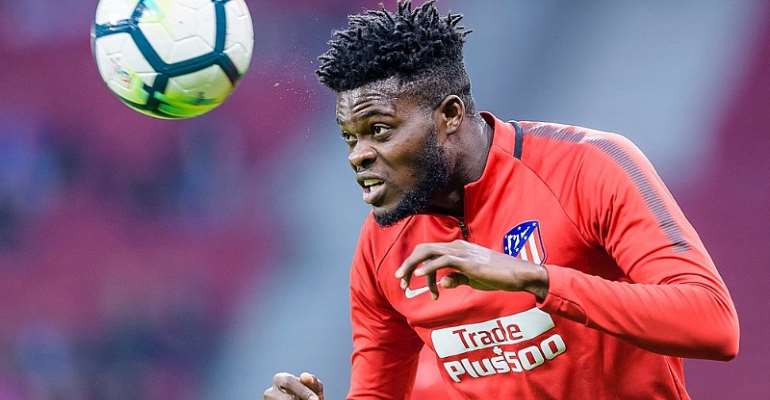 Arsenal target Thomas Partey has his future at Atletico Madrid in his own hands with manager Diego Simeone constantly insisting that he wants the midfielder to stay.

The Ghanaian international has been on the radar of European giants such as PSG and Manchester United but it is Arsenal who lead the race after reportedly putting in an offer.

In the midst of all that, the Rojiblancos have already offered Thomas Partey a contract extension that will double his wages from €65,000 to €130,000.

In addition, the new contract that will see him play for Atletico Madrid until 2025 will double his release clause from €50 million to €100 million should he agree to sign.

With the strong interest from Arsenal and the expected advances from Manchester United in the summer transfer window, it is obvious a move from Spain could happen.

What makes it unlikely is that the player has all the cards in his hands now. His manager Diego Simeone values him and wants him to stay at the club.

“I've grown up in Atlético de Madrid and I'm sure I'm staying here. I do not know where they will understand me better than here. I will stay at Atlético until they do not want me here”, the Ghanaian once said in an interview.

Having severally reaffirmed the above quotes in the past, it is now expected that Thomas Teye Partey will reject all juicy offers and rather stay with Atletico Madrid at the end of the upcoming transfer window.