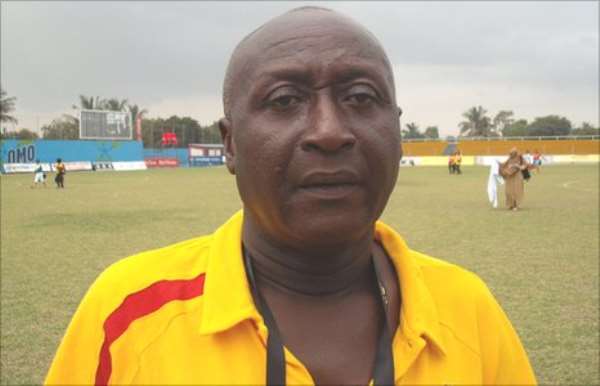 Former Kumasi Asante Kotoko defender, James Kuuku Dadzie says he is disappointed in players for excluding him from their best Black Stars eleven of all time.

This comes after the likes of Asamoah Gyan and Stephen Appiah named their all-time best eleven of the Black Stars team.

Speaking to West FM today, James Kuuku Dadzie who is a former captain for the national team says he is disappointed he was not included in the teams.

“I'm very disappointed in some players and coaches who come out with their all times best players in Black Stars without adding me and also 1970s and 1980s players. It is not their fault because they didn't follow our games.

“Nobody is better than me in Black Stars when it comes to center back”, Kuuku Dadzie stressed.