Most Hearts, Kotoko Players Are Below Standard – Charles Taylor 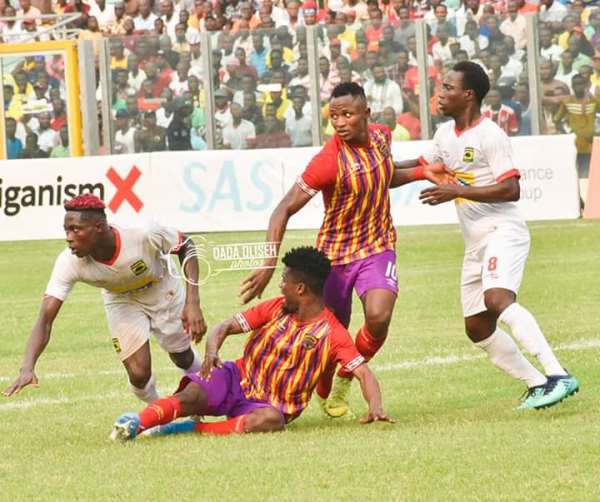 Former Hearts of Oak and Kotoko star, Charles Taylor, believes most of the current crop of players for the two glamorous Ghanaian clubs are substandard materials.

The former Ghana international argues that unlike his playing days, where players of the two clubs were top-notch players, the current players can’t be compared to the quality they had years back in the Ghana Premier League.

“I sometimes go to France to study some players but they are not good enough and don’t look like footballers but you the sports journalists just help them. They don’t deserve to play for Hearts or Kotoko," Taylor asked in an interview with Tru FM.

"Many of them don’t deserve. Even those on the bench in our time are far better than the full team playing today. Can you compare any current player to our time?.

“Let us speak the truth so that they can play well because they feel so proud while they don’t know anything but when speaking the truth someone will disagree with you. That is why we don’t get good football today because they normally base it on favouritism," Taylor continued.

The Champions League and Super Cup winner, mentioned that although modern-day players hate the truth, they need to to be told the real truth to help them up to their game on the pitch.

“You cannot correct any player today just because they think you hate them," he added.