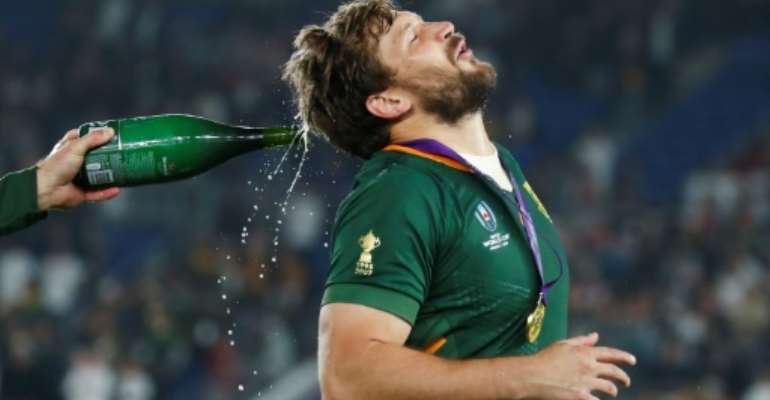 South Africa's two-time Rugby World Cup winner Francois Steyn will join the Cheetahs from Montpellier this summer, the South African side announced on Sunday in a deal which will also allow him to tend to his farm.

Versatile Sprinbgoks back Steyn, 32, who has made 67 Test appearances, became the youngest player to lift the Webb Ellis trophy in 2007 before also clinching it again last year.

"We are delighted to announce that Frans Steyn has signed a two-year agreement with the Cheetahs, starting on July 1," said Cheetahs' Managing Director Harold Verster.

French newspaper Midi Libre reported Steyn had chosen to return to take up a contract in his native South Africa to work on his farm in Bloemfentein.

The French top-flight and the Pro 14 seasons have been postponed due to the coronavirus pandemic with Steyn in his fifth season with Montpellier.

During his time on the Mediterranean coast Steyn has reached a Top 14 final and won the second-tier European Challenge Cup.

He started his career with Durban-based Sharks before a first spell in France with Racing 92 and two seasons with Japanese side Toshiba Brave Lupus.

Steyn won his first World Cup as a 20-year-old 12 years ago operating at centre before repeating the feat in Japan last November playing in midfield, on the wing and at full-back.

Tell your family and friends choking the payroll to forfeit ...
1 hour ago