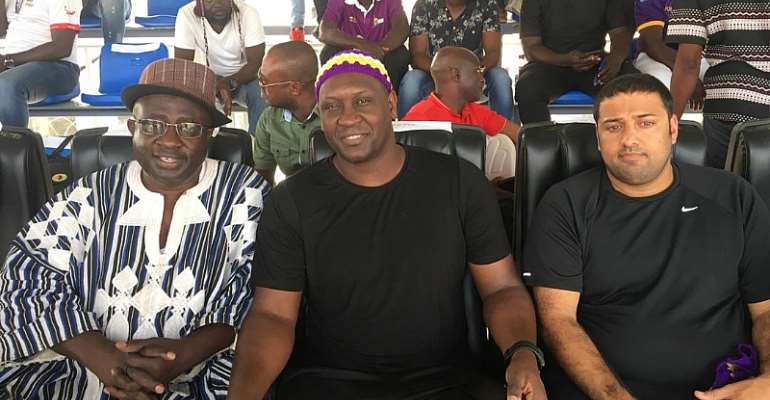 Former England striker, Emile Heskey has been left disappointed after Medeama SC failed to secure a move for Songne Yacouba.

Mauves and Yellows were on the verge of sealing a deal with the 28-year-old striker on a free transfer after parting ways with the Porcupine Warriors to end his two years stay.

However, the deal has been called off due to the outrageous demands of the player.

It would be recalled that Heskey was in the country and paid a visit to Mr Parker and Medeama on Tuesday, January 14.

The former Liverpool and Leicester City striker held a closed-door meeting with the club's top officials, including President Moses Armah.

Also in attendance was the club’s chief executive James Essilfie and the Communication chief Patrick Akoto.

According to Footballghana.com, Heskey urged Medeama to sign Yacouba due to his qualities as a striker.

Heskey assured the club that the player could land a juicy deal in Europe within three months should the Mauves and Yellows strike a deal with the striker.

Yacouba has always expressed his desire to play abroad.

The Porcupine Warriors refused to extend his contract as they also felt his financial demands were outrageous. Yacouba was demanding $150,000-a-year salary to stay at the club.

Yacouba is one of the highly-rated strikers in the local league having impressed greatly since joining Kotoko in 2018 from Mali’s Stade Malien.