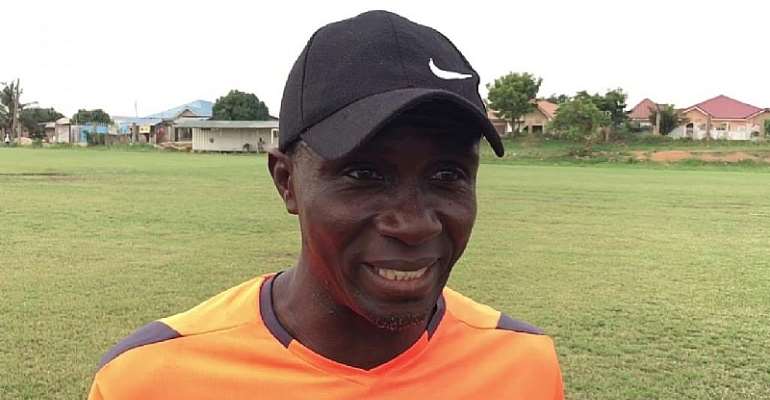 Yaw Amankwaah Mireku, a former Hearts of Oak captain has revealed he built a home in his first two years at the club with just Ghc15 salary.

His comments come after local players claimed they will always struggle to make it in life should they spend their entire playing career here in Ghana.

Due to the lack of sponsorship and the lack of lucrativeness, the player exodus in the country seems not to be ending anytime soon.

But according to Mr Amankwah, although the local leagues aren’t as lucrative as compared to foreign leagues, one can still build a life if he is financially prudent.

Speaking on the Ultimate Sports Show on Asempa FM, he urged local players to avoid living expensive lifestyles as this is what actually plunges them into financial difficulty.

“It is never true that when you play in the local league, you cannot build a sound future. So the current crop of players should not believe these assertions.

“It is not about how much you earn, it’s about putting whatever you earn to good use”

“If you are prudential, you will be able to buy for yourself a land. Some of us are examples”

“When I came to Hearts around 1997-98, my signing on fee was 3 million cedis. Within 97-99 I never travelled abroad, I was playing for Hearts of Oak, just salary and bonuses but I was able to build a Chamber and Hall apartment”

“I was earning just 15 cedis, so they should not be saying that unless you travel abroad you cannot have an established life, it is never true”, he concluded.