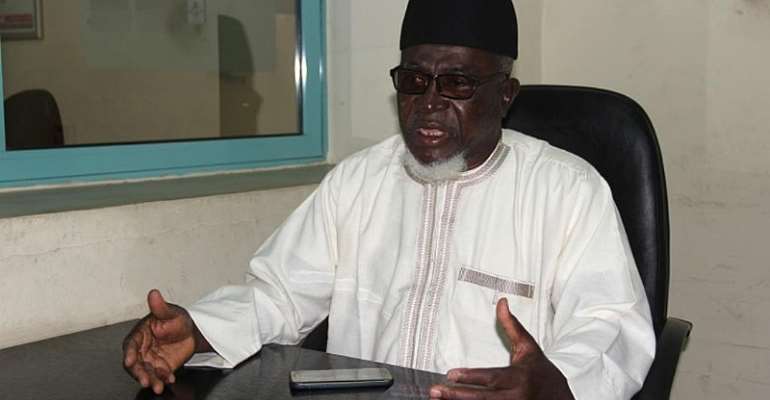 Both Muntari and Kuffour were players that emerged from the Kumasi based club.

Muntari rose to become one of the key players in Europe and also in the Black Stars winning laurels with Portsmouth and Inter Milan.

However, Kuffour is well known during his days with Bayern Munich winning many titles and now recognized as one of the legends of the Bundesliga side.

He only played in the 2006 FIFA World Cup in Germany.

But according to the no-nonsense administrator, both players have failed to honour him and even help the club where they rose to become world stars.

“I have worked with a lot of players but modern-day players are ungrateful," he told Asempa FM.

"The likes of Sammy Osei Kuffour, Sulley Muntari and Shilla Illiasu have all turned their back on me after helping them.

“None of them have been able to say Alhaji [Grusah] we played King Faisal so we are back to make the team better. They are all ungrateful players," he added.

Alhaji Grusah also paid a glowing tribute to former Black Stars captain, Opoku Afriyie who passed away over the weekend.

He was confirmed dead on Sunday in Kumasi.
“Opoku Afriyie is someone I will never forget,” he said.

“During his playing days at King Faisal, he was discipline and he always remembered what I did for him. Anytime he travels or goes for a tournament, I am the first person he talks to when he returns.

“When he left for Asante Kotoko, I did not demand for a penny from Kotoko or Opoku Afriyie but he was still faithful to me," he added.