Samuel Alabi Nominated For Ashdod’s Player Of The Season Award 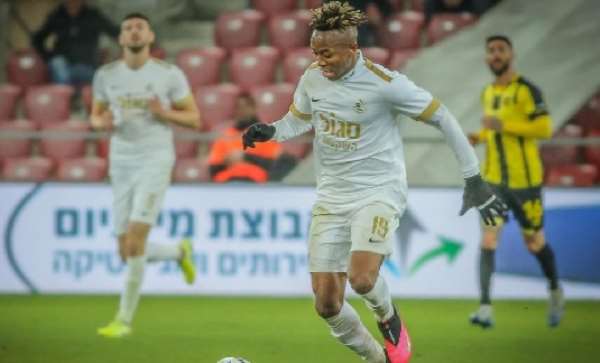 Ghanaian youngster, Samuel Alabi has been nominated for Ashdod FC’s Player of the Season after series of impressive performances in the Israeli Premier League.

The 19 year old's nomination has been out of consistent stellar performances in the Israeli league which has been suspended due to the coronavirus pandemic.

The former Dreams FC player has made several assists and scored important goals for the Israeli side throughout the campaign.

Alabi has been nominated for the award alongside teammates Shlomi Azulay, Timothy Awany, David Dean and Nir Bardea.

With his current form, the Ashdod loanee is expected to be nominated for the Young Player of the Season in the Israeli League.