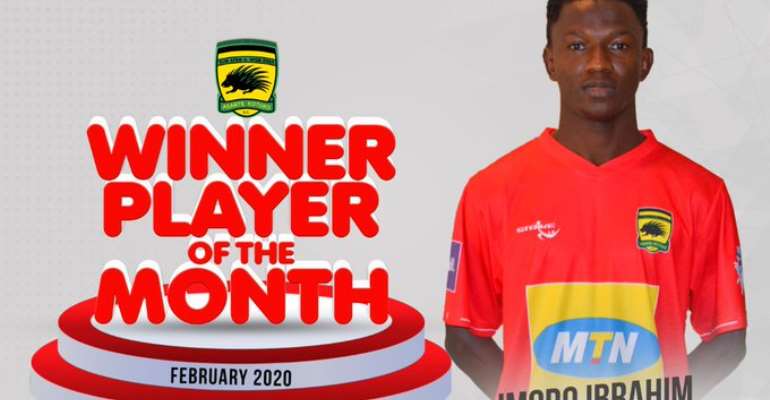 Exciting Asante Kotoko defender, Imoro Ibrahim has been adjudged as the club’s Player of the Month for February following his outstanding display.

Out of 6 matches in that month, the 26-year-old left-back featured in 5 of them. He missed the Liberty Professionals match but played in the games against WAFA, Dreams FC, Ashgold, Aduana Stars, and Bechem United.

Though he was in fantastic form in all five matches, he was particularly noticed during Asante Kotoko’s home match against Bechem United at the Accra Sports Stadium.

Not only did he provide an assist in that match, but Imoro Ibrahim also scored straight from a free-kick to help his club record a massive 3-1 win against the Hunters.

Having been nominated at the end of the month together with right-back Christopher Nettey and goalkeeper Kwame Baah for the Player of the Month award, Imoro has come out tops after earning 61 percent of the votes on the Kotoko Express App.

His competitors Christopher Nettey and Kwame Baah came in second and third while amassing 22 per cent and 17 percent of the votes respectively.

Shatta Wale to spend another night in police cell; to face c...
58 minutes ago