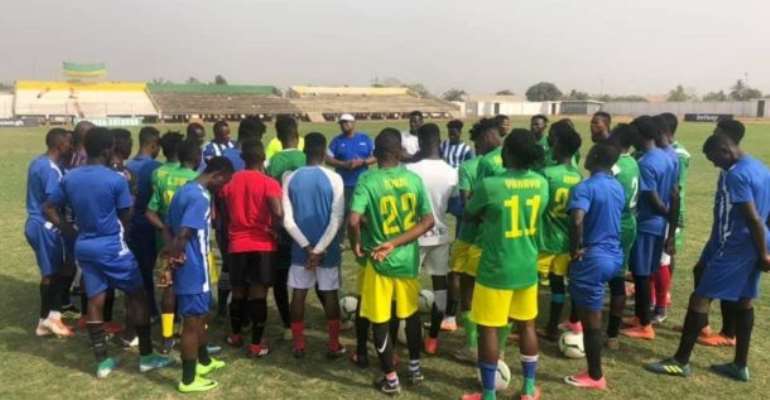 Newly-appointed head coach for Aduana Stars Football Club, Paa Kwasi Fabin has overseen his maiden training session with his team as they continue preparations for their next match in the Ghana Premier League.

The defending champions of the domestic top-flight have been in fine form since the campaign started and sits 2nd on the standings of the division after playing 11 matches.

Having started the season without the required CAF License A coach, they have now corrected the situation by bringing in Coach Paa Kwasi Fabin.

The former Asante Kotoko and Inter Allies coach was confirmed as the new trainer of Aduana Stars on Tuesday where he has inked a 3-year-contract that will be expected to expire in 2023.

Yesterday, the coach met with the coaching staff of his new club as well as the playing body.

Subsequently today, he has had the opportunity of training with the team ahead of their clash against Dreams FC in the Ghana Premier League in the upcoming weekend.