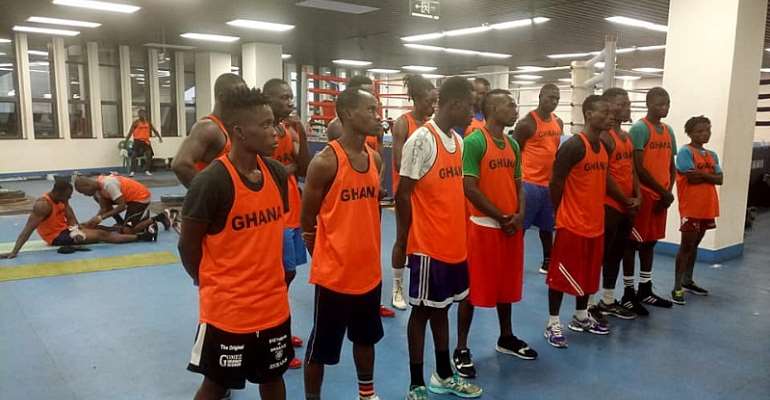 For the first time in many years, three Ghanaian amateur boxers have been seeded for an international competition.

The IOC Boxing Task Force in its mission to organize a successful competition has seeded the best boxers in the world, including three Ghanaians, namely Sakul Samad, Wahid Omar and Suleiman Tetteh.

Shakul Samad who did well at the African Games and current SWAG Amateur boxer of the year is ranked 25 out of 70 boxers in the 81 kg class.

Abdul Wahid Omar, who also represented Ghana at the Rio 2016 Games is ranked 51 out of 98 boxers in the 63kg category.

Suleimana Tetteh is also ranked 46 out of 77 boxers in the 52kg category.

According to coach Ofori Asare, the latest news is a big motivation to the Black Bombers, and he is optimistic that they will shine at the qualification competition in Senegal.

He expressed that the team is focused on going to the Olympic Games, and the current boxers are the best who can represent the nation for now.

Athletes who have ranking points in a certain weight category and have registered to compete in the boxing road to Tokyo qualifying events in a different weight category will appear on both respective rankings.

The ranking for the final world qualifying event in Paris will be communicated 10 days prior to the start of the competition.

The Black Bomber are having their final brush up at the Bukom Boxing Arena and they have appealed to corporate Ghana to support them to go and lift high the national flag.